If we ignore the challenges and needs of rural people in the world’s poorest countries, our attempts to create more equitable and sustainable food systems are doomed to fail, said the President of the International Fund for Agricultural Development (IFAD) ahead of the UN Food Systems pre-Summit that begins in Rome on Monday.

“Rural people have long been side-lined in food value chains. While they toil to produce much of our food, too often they receive a pittance for their efforts and are left vulnerable to shocks,” said Gilbert F. Houngbo, President of IFAD, the UN agency which leads on tackling rural poverty and hunger.

“This is a critical moment to address the inequity of our food systems. Without concrete actions that result in real changes for rural producers, hunger and poverty will only grow, and increased instability and migration will follow,” he added.

Rural small-scale farmers produce about a third of global food, and supply up to 80 per cent of food in parts of Africa and Asia. Although they play a major role in keeping food systems functioning, they themselves often go hungry. In 2020, this was exacerbated by climate change, conflict, and the impacts of the COVID-19 pandemic, resulting in a dramatic increase in global hunger, according to a report jointly released by five UN agencies including IFAD last week. One in ten people now go hungry.

At the Food Systems pre-Summit (26-28 July), IFAD will join thousands of governments, companies, development agencies, farmers and civil society organisations to discuss ways to transform how we grow, process, sell and consume food to make it more sustainable and equitable. The pre-Summit aims to establish a common vision, launch commitments and mobilize partnerships for financing.

“If we want to fix food systems, listen to the people who work in them,” said Houngbo. “Rural small-scale producers are the ones who understand their own challenges and can guide what solutions are needed.”

To gather input from rural producers across the world, IFAD launched its Rural Voices platform this week. Shirley Casachagua, from a remote area in Peru, is one of the contributors.

“No matter what continent, country or republic you live in, we are all children of the earth and we live off it,” she said. “I would like to ask world leaders to be a watchdog to large industries because they contribute more to climate change and this hurts all of us who live on the land.”

IFAD has also collaborated with Farm Radio International to conduct surveys with remote rural people through radio programmes, and it has supported the organization of over 40 independent dialogues led by farmers’ organizations and Indigenous Peoples’ groups which will feed into the Summit process.

IFAD is calling for a number of key changes to food systems, including:

IFAD is also leading an initiative to unlock the potential of public development banks across the world to finance food systems transformation and help shift investments to more environmentally sustainable and fairer systems, and is hosting the official session at the pre-Summit: Mobilizing trillions for food systems transformation — financing for impact, leveraging the pivotal role of public development banks.

Following the Food Systems Summit in September, countries will develop their own pathways to transform food systems, and IFAD will support its Member States to develop their strategies and put them into action. 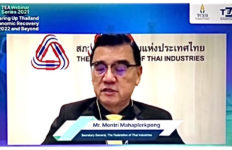 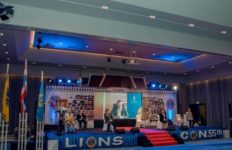 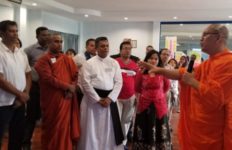