Browse: Home / MICE / Conferences / How AirAsia Got Into Tours & Activities – And Its Plans to Dominate

AirAsia believes it can be stronger than Klook at selling activities. The airline aims to tap into its base of over 100 million customers to sell in-destination activities and tours.Aaron Sarma, COO of AirAsia.com (and founder and CEO of Vidi), will reveal details of the strategy on stage at Arival, Asia’s only event dedicated to tours, activities and attractions, in Bangkok 26 June.

Arival CEO Douglas Quinby says that AirAsia has never been timid about its plans to expand across the region into new lines of business. “With several affiliate brands serving 140 destinations across Asia, the airline group has made plain its plans to become a full-service online travel agency,” notes Quinby.

In the last three years or so, AirAsia has built up an offering of 15,000 experiences in 80 destinations served by AirAsia directly. The content comes both through contracts with operators and partnerships with online travel agencies and content aggregators.

AirAsia has not been deterred by competitor Klook’s ability to raise over US$500 million in investment.

“Klook has done a great job and has been very aggressive with pricing and supply,” says Sarma. “But we have a key advantage because we have this huge base of customers already engaged with us — more than 100 million travellers every year.”

However, it’s still early days as AirAsia builds its tour portfolio. Sarma says that AirAsia’s focus continues to be expanding direct supply contracts and partnerships as well as integrating tours and activities into the broader AirAsia experience.

Sarma, however, is clear on priorities. “Our mission is to convert as many of those [AirAsia] customers as possible.”

** Ahead of Aaron Sarma addressing the Arival audience in Bangkok on 26 June, Douglas Quinby, the CEO of Arival, reveals the AirAsia activities back story in an interview with Sarma here. 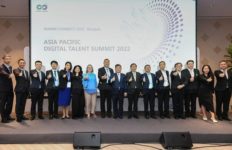