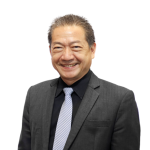 GainingEdge, a consulting firm in international conferences, released its latest report on “Leveraging Intellectual Capital”. The two ambassadors have played a role in supporting Thai medical and robotics professionals to assume the positions in the governing bodies of international associations”. The Thailand Convention Ambassador Programme will be expanded progressively to include other “Thailand 4.0” and “Bio-Circular-Green Economy Model” industries such as food, and agriculture.

They will help communicate the value of hosting a convention and put together the intellectual resources and support necessary for local associations to win bids. The correlation between the two numbers – or how efficiently representation converts to bid wins – is defined as a city’s Harnessing Ratio.