A team of chefs at IMPACT showcased their true potential as they won the ice carving competition (team category) which was part of the Thailand’s International Culinary Cup (TICC) 2018 held in conjunction with Food & Hotel Thailand 2018 on September 5-8, 2018 at BITEC Bangna. The victory underlines IMPACT’s leadership in the service sector and professionalism in catering services that meets international standards.

Chef Ng Wai Meng, Executive Chef of Kitchen, said “The team members of IMPACT chefs that won this year’s ice carving competition include Mr. Prakorn Kulkaew, Mr. Supoj Srinuanjan, and Mr. Rittisak Vitivuttinun. They won the team category for delicately carving ice into the beautiful shape of Lord Narai riding on Garuda. They have competed with participants from various business sectors from Thailand and other countries such as Korea, Taiwan, Myanmar, Japan, Vietnam, and Malaysia. The competition was another challenge for IMPACT’s ice carving team as they had to keep practicing in the aspects of delicacy, creativity, and time management. Their dedication and hard work had paid off as they impressed the judges and brought home the gold medal and prestigious trophy.”

For 24 consecutive years, Thailand’s International Culinary Cup (TICC) is co-organized by the Thai Hotels Association, the Thai Restaurant Association, the Thailand Chefs Association, the Tourism Authority of Thailand, and UBM Asia (Thailand) Co., Ltd. It is considered one of the country’s premier culinary competitions. As part of Food & Hotel Thailand 2018, the competition aims to promote the growth of tourism, hotel, restaurant, and service sectors in Thailand and AEAN, as well as to enhance the standard and potential of culinary and catering personnel. This year the culinary competition attracted over 500 participants. It serves as a significant platform in Thailand for chefs and those working in the food and beverage industry to gain experience and prove their skills.

This is another success of IMPACT and it underlines the company’s leadership in catering services that meet international standards under the IMPACT Catering brand. IMPACT Catering provides a comprehensive range of catering services, all delivered by professional staff who have won multiple awards at both local and international levels to ensure the highest level of customer satisfaction. 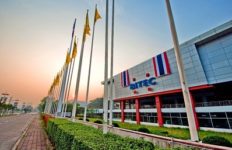 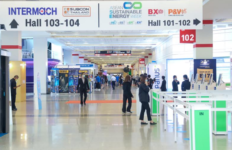 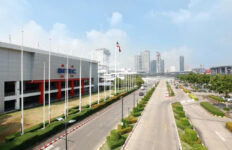 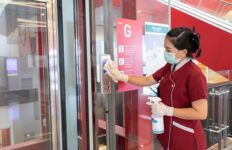