Mazda is showing the KAI CONCEPT, which is the hatchback concept car that most resembles the production version, at this year’s Bangkok International Motor Show at the Challenger Hall, Muangthong Thani.

Following up on the success in strengthening the Mazda brand in Thailand, leading to increased customer confidence, the company has enjoyed continuous sales growth. Earlier this year, Mazda announced the planned launch of 5 new models into the Thai market this year, and one of them is presently making strong waves in the automotive world. Mazda is preparing to introduce this new model in Thailand, and has revealed the new design direction late last year.

At this year’s Bangkok Motor Show, Mazda has brought the prototype that bears many similarities with the production car, to allow customers to experience the styling philosophy as well as the latest technologies incorporated into the new model. The Bangkok Motor Show takes place from March 27 to April 7.

The KAI CONCEPT is powered by the SKYACTIV-G and next-generation SKYACTIV-X engines featuring Spark Controlled Compression Ignition (SPCCI). This is the first time in the world that this system, which combines the benefits of the gasoline and diesel engines, is used in production vehicles.

The SKYACTIV-VEHICLE ARCHITECTURE involves the most efficient body structure, with the highest level of ergonomics as well as driver-vehicle relationship. When mated to the SKYACTIV-X engine, this creates a vehicle with high performance, quiet interior and high levels of ride comfort.

Mazda fans can see the MAZDA KAI CONCEPT, the MAZDA CX-3 EXCLUSIVE MODS and other Mazda models plus the best promotions at the Bangkok International Motor Show from March 27 to April 7 at the Challenger Hall, IMPACT Muangthong Thani.

Customers placing orders at Mazda showrooms nationwide as well as at the Bangkok Motor Show will get a complimentary Mazda suitcase. 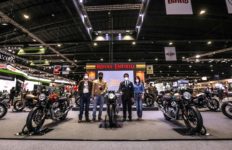 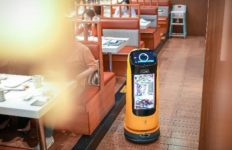 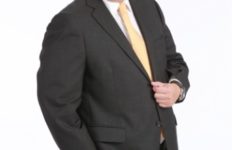