Singapore-based Peter Sell, Regional Sales Manager of South Asia of McLaren Automotive, who as well as working with McLaren for close to a decade, holds a degree in Motorsport Engineering, will be attending the event in Bangkok. As the British supercar’s spokesperson he expects the launch of the McLaren 720S Spider to create an exceptional amount of interest

“Sleek, fast and exhilarating to drive, the McLaren 720S Spider convertible really takes the open-air driving adventure to a whole new supercar class. Lightweight, powerful and innovatively designed, The Super Series model reveals an astounding attention to every individual and integrated detail to create a game-changer in motoring. Niche Cars also have the power and drive to deliver the McLaren message to the Thai market.”

With a starting price of 29.5 million baht, the McLaren 720S is the supercar pioneer’s most accomplished convertible supercar ever built with the McLaren Super Series DNA. With a 4-litre, twin-turbo V8 engine, the 720S is McLaren’s first convertible to feature a carbon fibre upper structure, boasting a lightest weight of 1,332 kg. Driver engagement is exhilarating with 720PS and 770Nm power and torque capability, plus Comfort, Sport and Track modes, with a maximum speed of 341 kph and 0-100 kph in 2.9s.

The Proactive Chassis Control II system enhances agility and ability with a powerful performance and pioneering hydraulic suspension for everyday handleability. A near-silent retractable hard top is available in electrochromic glass, whilst the dramatically frameless, double-skin dihedral doors add an aerodynamic edge. Space and visibility are maximized too with glazed flying buttresses, whilst audio-visual technology is world-class.

Niche Cars Group has been a highly regarded dealership for some of the most iconic models and supercar names for over 30 years. Managing Director of Niche Cars, Vittawat Chinabarramee, brings a modern, future-focused vision to drive the prestigious company to the next level in high-end car market in Thailand. He is thrilled to be showcasing a supercar launch at this year’s must-visit event of the motoring calendar.

“With a long-standing presence at the annual Bangkok International Motor Show, Niche Cars commands attention and a trio of top McLaren motoring masterpieces is undoubtedly an event highlight and a proud moment for us as authorized dealers. It is the perfect platform for Niche Cars to introduce Thailand’s many supercar enthusiasts and McLaren fans to the McLaren 720S Spider convertible for The first time.”

The McLaren 570S Spider is a Bangkok International Motor Show supercar star too, with prices starting at 26.5 million baht. The award-winning Sports Series model boasts a 3.8-litre, twin turbocharged V8 engine, with impressive power and torque at 570PS and 600Nm whether on the road or track. Reaching maximum speeds of 328 kph and 0-100 kph in 3.2 seconds, the MonoCell II carbon chassis creates an incredible power-to-weight ratio. A retractable hardtop, glazed wind deflectors and Electro-hydraulic steering system amplifies the exhilaration of open-air driving.

Niche Cars Group is also displaying a rolling chassis that reinforces British automaker’s reputation as a master motoring innovator. Supercar lovers can get up close to lightweight carbon fibre technology used in Formula 1 and by NASA which was first introduced by McLaren, that adds to speed and strength. Mid-engine, rear-wheel-drive design adds dynamic moveability whilst a proactive chassis control system, developed through McLaren’s initiation, combines with electro-hydraulic steering to ensure a more intuitive driving experience. The Viper brake system adds greater grip on wet surfaces with McLaren-designed brake steer technology providing such a superior traction advantage that this feature is now banned in Formula 1. 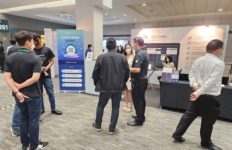 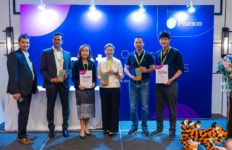 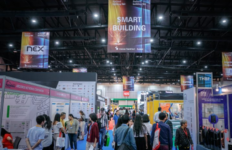