Royal Enfield, the global leader in mid-size motorcycles (250cc-750cc), today announced the launch of Refreshed Himalayan and Twins 650 – The Interceptor 650 and Continental GT 650 at the Bangkok International Motor Show 2022 in new distinctive, terrain-inspired colourways, along with a range of functional upgrades.

The motorcycle line-up at the motor show included the Refreshed Himalayan, the new colourways of Twins and the newly launched all-new Classic 350.

Launched with a purpose of creating a distinct sub-category under adventure touring, the Himalayan has been hugely successful, and has a growing community of adventure riders across the globe. Purpose-built and practical, the Himalayan debuted in 2016, and over the last 6 years, it has definitively carved out a strong category of accessible adventure touring across the world. The versatile adventure-touring motorcycle will now be available in New Granite Black (mix of matte and gloss), Mirage Silver, Pine Green, in addition to the existing colourways Rock Red, Lake Blue and Gravel Grey. With this launch, the Himalayan now gets the Switchable Anti-lock braking system (ABS). The new Himalayan will also feature the Royal Enfield Tripper, simple and intuitive turn-by-turn navigation pod. The new Himalayan version makes the versatile adventure tourer even more capable and comfortable. The Himalayan has been launched at 189,700 THB.

A simple, capable, and ‘go-anywhere’ motorcycle, the Himalayan was inspired by Royal Enfield’s experience of over 50 years of riding across the Himalayas. Owing to its versatility, simplicity and competence, the Himalayan has received incredible response from riders across the world. The Himalayan today is recognized as a truly capable adventure tourer by global motorcycle experts, has been featured on the covers of top global automobile magazines, and is among the leading Royal Enfield motorcycles being sold across several geographies, including Europe, America, Latin America and South East Asia.

Addressing the Motor Show and commenting on Royal Enfield’s presence at the Bangkok International Motor Show 2022, Anuj Dua, Business Head of Asia Pacific markets, Royal Enfield, said, “Thailand has been one of the most important markets for Royal Enfield in the Asia Pacific growth story. We have a robust roadmap for strategic growth in the region which can be seen in our network growth, motorcycle line-up, service as well as accessibility. All the motorcycles displayed at the Bangkok International Motor Show, be it – Refreshed Himalayan, Twins, the all-new Classic 350 or our custom motorcycles have a truly global appeal. While the Himalayan, in a short span of time has opened up a new category within global adventure touring, has successfully established itself as a truly global motorcycle, and has been among the most sought after motorcycle for Royal Enfield across several geographies. The Twins marked a new chapter for Royal Enfield and for the mid-sized motorcycle segment. The global success of these motorcycles over the last couple of years has been phenomenal with the Interceptor growing the 500cc+ category by more than 4-times in India, and winning many accolades globally. Our motorcycles have resonated very well with millions of riding enthusiasts across the world and we are confident that we will continue to welcome many more riders into the Pure motorcycling fold.”

The new Royal Enfield Himalayan will be available in three new colourways – the new Granite Black, Mirage Silver, and Pine Green, adding to the existing portfolio of three colour variants – Rock Red, Lake Blue, and Gravel Grey. The motorcycle will be available for booking and test rides in Thailand starting at Mirage Silver is 189,700 THB, Granite Black is at 189,700 THB and Pine Green at 189,700 THB. 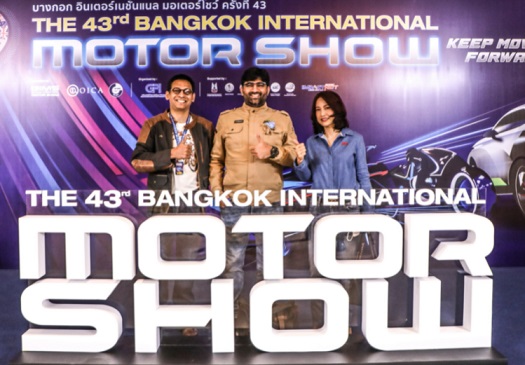 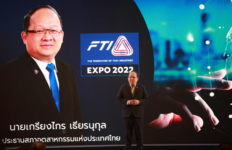 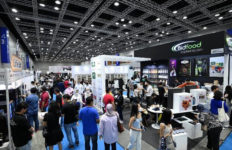 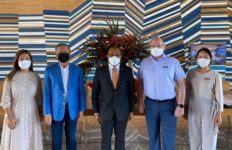