According to data from the World Travel and Tourism Council (WTTC), the direct contribution of travel and tourism to the Middle East’s GDP is predicted to rise by 4.2% per annum to US $133.6 billion by 2028 – driven in part by additional tourists to the region as a result of mega-events, major sporting and political events, cultural festivals, concerts and MICE events.

“With this in mind, ATM 2020’s spotlight theme will be launched as a platform to explore the impact events have on tourism growth in the region and to inspire the travel and hospitality industry about the next generation of events, while bringing together senior travel executives to meet and conduct business under one roof over four days.”

Expo 2020 will be the largest event ever staged in the Arab World. Taking place from October 2020 to April 2021, 192 pavilions from countries around the world will be showcased, with over 25 million visitors – 145,000 visits for every one of the 173 days the site is open, expected. Organisers of the event are predicting 11 million visits by people living in the UAE and 14 million from overseas visitors – most of whom are expected to be tourists. According to consultancy firm EY, this will provide a US$33.4 billion (AED122.6 billion) boost to the local economy – supporting the equivalent of 49,700 full-time jobs a year.

In Saudi Arabia, Vision 2030 has set aside $64 billion to invest in culture, leisure and entertainment projects over the next decade, according to a recent report from real estate firm Savills.

This investment combined with more relaxed access to visas are predicted to significantly add to the attractiveness of the country with entertainment activities in the kingdom predicted to attract 25 million visitors by 2021.

Curtis said: “Looking at 2018 alone, exhibitions across Saudi Arabia witnessed a 103% increase in visitation with a total of 61 major events taking place over 349 days.  Last year was also a milestone in terms of sporting events for the country, with events such as the King Salman Tennis Championship, WWE Crown Jewel and Formula E taking place in the Kingdom.”

ATM, considered by industry professionals as a barometer for the Middle East and North Africa tourism sector, welcomed almost 40,000 people to its 2019 event with representation from 150 countries. With over 100 exhibitors making their debut, ATM 2019 showcased the largest ever exhibition from Asia. 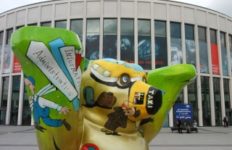 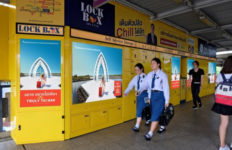 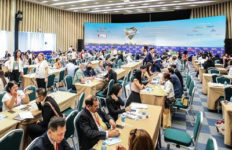