ILTM Latin America will be the first of the events to highlight luxury as the key segment of travel driving economic recovery across the globe. Since March 2020, many luxury hotels, properties, experiences and connected businesses – such as restaurants and spas – have been renovated or benefited from some innovation in the services they are now able to offer. Reflecting the interests of the new luxury traveller, sustainability has also been as a driving force across all of these changes.
For many years, the connection to nature in Latin America as well as its many different cultures has ensured the region has been a destination of choice for luxury travellers. Now luxury travellers are also looking for meaningful and sustainable experiences, the region has much more to offer, practically supported by the fact that luxury tourists are also able to directly access the continent.
Leading hotel brand Rosewood Hotel Group has established its presence in the region with the opening of its first property in South America in São Paulo, Brazil. Rosewood São Paulo is a fully renovated historic building with much local culture within its walls, including more than 450 works by 57 Brazilian artists. With four other properties in Mexico (Rosewood San Miguel de Allende, Rosewood Mayakoba in Playa del Carmen, Las Ventanas al Paraíso in Los Cabos, and Rosewood Puebla), the group has reconfirmed that the Latin and Central American continent features strongly on their plans for ultra-luxury development.
ILTM Latin America will also reveal a new lifestyle hotel in one of its undiscovered capitals in the northeast region of Joao Pessoa: the Ba’ra Hotel. With 124 suites and an innovative design that highlights nature with greenery and natural light, Ba’ra also offers privileged access to small and as yet relatively unexplored beaches, as well as countryside attractions such as Lajedo de Pai Mateus, a unique geological formation.
ILTM Latin and North America Events Director Simon Mayle says: “The luxury travel market had the advantage of being strong and productive before the pandemic, enough to survive a crisis without losing quality. In fact, quite the opposite – during the relatively quiet recent times, we have seen brands buying land, renovating their properties and creating new experiences to welcome new luxury travellers. These high-end properties understood that when the time came, travellers would be hungry to reconnect with new experiences that resonate with their new passions and interests”.
In North America, the reinvention of St Barth defines what the region has to offer. The global pandemic arrived as the region was gearing up to receive tourists after the devastation of hurricane Irma in September 2017. In 2022, Saint Barth will reopen to the world and highlight many of its new and refurbished properties at ILTM North America to the world’s most discerning and productive luxury travel buyers from the US and North America. Brands participating include The Ritz-Carlton New York and Bal Harbour, The Maybourne Beverley Hills, The St-Regis Mexico City and New York, Nizuc Resort and Spa, Conrad Tulum and Las Ventanas al Paraíso, A Rosewood Resort.
As luxury has evolved and travellers are willing more meaningful, sustainable, and locally connected experiences, ILTM Latin America and ILTM North America 2022 are ready to deliver the best the region can offer.
For further information, please contact Simon.Mayle@reedexpo.co.uk.
[pro_ad_display_adzone id="915575"] 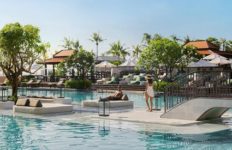 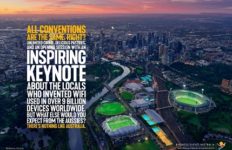