In Q3 2018, the oil and gas industry reported 942 contracts, of which 873 were awarded contracts, says GlobalData, a leading data and analytics company.

Operations and maintenance represented 54% of the awarded contracts in Q3 2018, followed by contracts with multiple scopes, such as construction, design and engineering, installation, O&M, and procurement, which accounted for 16%.

One of the top contracts during Q3 2018 was China State Construction Engineering Corporation’s (CSCEC) US$6.1bn contract for the construction of an oil refinery and petrochemical plant with a refining capacity of 8 million tons of oil, located in Suez Canal Economic Zone in Egypt, North Africa. 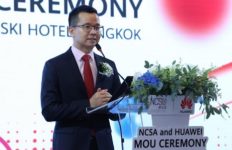