“The world is facing an unprecedented health crisis that is having massive and unique impacts on the tourism industry. Nearly two-thirds of our hotels are currently closed, and most of the others are being used to support healthcare workers and all those on the front lines of the fight against COVID-19. Against this backdrop, the efforts of our employees and our owners have been extraordinary.

Today, our challenge is twofold: manage the emergency and prepare for the rebound.

The Group is in a strong position to address the current situation and we are taking aggressive measures to adapt our organization. Accor’s recent transformation has left the Group with a robust balance sheet which will enable it to absorb the economic consequences of this crisis in the coming quarters. At the same time, we are preparing for the recovery alongside the authorities and professional organizations in the countries in which we operate so that the Group will be well positioned to rebound as quickly as possible.”

RevPAR fell by 25.4%, reflecting the sharp deterioration in the environment due to the worldwide spread of the COVID-19 epidemic, first in Asia-Pacific (-33.7%) and then in other regions, including Europe (-23.2%) and North America (-22.2%).

Changes in the scope of consolidation (acquisitions and disposals) had a negative impact of-€7 million largely due to the disposal of Mövenpick leased hotels.

(2) Like-for-like: at constant scope of consolidation and exchange rates.

HotelServices, which operated 5,085 hotels (746,903 rooms) under franchise agreements and management contracts at the end of March 2020, reported a 17.5% like-for-like decrease in revenue, to €540 million. This decline reflects the rapid COVID-19-related deterioration in RevPAR.

Revenue in the Management & Franchise (M&F) business was down 34.9%, with performance hit by the gradual spread of the virus in various regions.

(2) Like-for-like: at constant scope of consolidation and exchange rates.

Consolidated RevPAR was down 25.4% overall in the quarter, including a 62.6% decline in March alone, after a 2.0% increase in January and a 10.2% decrease in February. RevPAR’s impact on M&F revenue was compounded by the significant decline in incentive bonuses based on hotels’ gross operating profit.

M&F revenue was down by a sharp 31.2% like-for-like in Europe, reflecting a 23.2% deterioration in RevPAR.

In Asia-Pacific RevPAR was down 33.7%, reflecting the deterioration that began a month earlier than in Europe.

In Middle East & Africa, RevPAR was down 21.4%. The trend was similar to Europe’s due to the closure of the holy cities since the end of February.

RevPAR in North America, Central America & the Caribbean was affected by the closure of numerous hotels since mid-March due to the COVID-19 pandemic and was down 22.2%.

Lastly, business has so far proven more resilient in South America, with a RevPAR decline of 11.2%. However, this resilience reflects the time lag in the spread of the pandemic.

The Group nevertheless continues to expand at a rapid pace. During Q1, Accor opened 58 hotels, representing nearly 8,000 rooms. At end-March 2020, the Group’s pipeline was stable and comprised 1,202 hotels and 208,000 rooms, of which 76% in emerging markets.

Revenue derived from the “Hotel Assets & Other” segment was down 13.0% like-for-like, reflecting the lesser impact of COVID-19 in Australia and the time lag in the spread of the pandemic in Brazil. The 20.4% decline in revenue as reported was exacerbated by the sale of the Mövenpick leased hotels early March 2020.

At the end of March 2020, this segment, which includes owned and leased hotels, represented 167 hotels and 29,930 rooms.

New Businesses (concierge services, luxury home rentals, private sales for luxury hotel stays, and digital services for hotels) generated revenue of €32 million, down 13.8% like-for-like from €37 million in 2019. The decline was 13.3% as reported due to currency effects.

The rapid changes in the environment, with the virus spreading to all continents, and their impact on the hotel business are unprecedented. Visibility is currently not high enough for the Group to estimate the financial impact this crisis will have on its results and financial position for fiscal year 2020.

For the first quarter, Accor estimates a €170 million EBITDA shortfall. This amount reflects the gradual closure of a majority of its portfolio in March. It only very partially incorporates the positive impacts of the cost-saving measures taken in end-March. These are ramping up and will produce most of their results in the coming months. These measures include:

April and May are expected to be the most difficult months of the year, with very low occupancy rates and strong uncertainty about timing and lockdown relaxation as well as the pace for border reopenings. However, a few markets are showing some positive signs, primarily China, where there are first indications of recovery.

In these extraordinary times, the Group can rely on its very strong financial position, with more than €2.5 billion in available liquidity at end-March 2020 and an undrawn revolving credit facility of €1.2 billion with no covenant testing before June 2021.

Dividend and “ALL Heartist Fund”

The Accor Board of Directors decided to round out the initiatives taken by management by withdrawing its proposal to pay a dividend in respect of 2019, representing €280 million.

After consulting with the Group’s main shareholders, Accor decided to allocate 25% of the planned dividend (i.e. €70 million) to the launch of the “ALL Heartist Fund,” which is designed to assist employees and—on a case-by-case basis—individual partners experiencing great financial difficulty, as well as frontline professionals providing support to local communities during the crisis.

On January 20, Accor entered into an agreement with an investment services provider to carry out a €300 million share buyback.

On March 11, Accor also announced that RevPAR had decreased by 4.5% like-for-like in the two months to end-February versus the same period in 2019, with a 10.2% decline in February alone due to the very significant downturn in the tourism industry amid the spread of the COVID-19 virus. The two-month performance reflects a sharp drop in business, with COVID-19 having an impact of around €20 million on consolidated EBITDA. Since the final week of February, the Group has seen business in Europe contract at a highly accelerated pace, particularly in Italy, France and Germany, and has implemented significant cost-saving measures to partially offset the lower business volumes.

On March 24, Accor announced the completion of its share buyback program launched on January 20, 2020 for an amount of €300m. At completion, the Group acquired 10,175,309 shares at an average price of €29.48. In order to preserve liquidity, further share buyback programs are suspended until further notice. The liquidity contract has been resumed at this date.

On March 24, in the current context of uncertainties and the acceleration of the coronavirus (COVID-19) pandemic across the world, the Board of Directors of Accor has decided to reschedule the Annual General Meeting initially planned on April 30, 2020, to June 30, 2020.

On April 2, following the sharp deterioration in the business environment in the wake of COVID-19, Accor decided to implement aggressive measures. On the same day, the Accor Board of Directors decided to round out the initiatives taken by management by withdrawing its proposal to pay a dividend in respect of 2019, representing €280 million. After consulting with the Group’s main shareholders, Accor decided to allocate 25% of the planned dividend (i.e. €70 million) to the launch of the “ALL Heartist Fund”, a COVID-19 special-purpose vehicle designed to assist employees and—on a case-by-case basis—individual partners experiencing great financial difficulty, as well as stakeholders providing support to local communities during the crisis. This initiative has received unanimous support from the members of the Board of Directors, who collectively decided to reduce their attendance fees by 20% to the benefit of the “ALL Heartist Fund”. Additionally, Sébastien Bazin, Chairman and Chief Executive Officer of Accor, will forego 25% of his compensation during the crisis. The equivalent amount will be donated to the Fund. 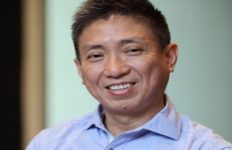