Following the news that Southeast Asia’s two most valuable start-ups Grab Holdings (Grab) and Gojek are reportedly in talks to merge their businesses;

“The two ride-hailing rivals are amongst the most valued start-ups in the region. While Grab is valued at around US$14bn, Indonesia-based Gojek’s valuation is pegged at around US$10bn. If the deal materializes, it would be Southeast Asia’s biggest Internet merger and could potentially change the ride-hailing landscape of the region. However, the broader objective of the merger is believed to be to make the new combined entity a public company.

“In addition to ride-hailing, Grab and Gojek compete with each other in food delivery and payments space across Southeast Asia. During the last few years, Southeast Asia has seen the emergence of Singapore-based Sea Ltd. (Sea) as a key player in e-commerce and payments space. The merger may also help Grab and Gojek counter the growing competition from Sea, which already went public in 2017.”

“Moreover, investors are in favor of the mega merger as it will not only create one of the leading Internet companies in Southeast Asia but also help in reducing operational expenditures and improving margins.

“Though both the firms seem to have set aside their rivalries, the scale of their operations and dominance in the markets they operate in may come in the way for the planned merger as regulatory authorities are likely to have anti-competition concerns. It would be noteworthy to see how Grab and Gojek address such concerns and get a nod from regulators.”

Sustainable Tourism and Those Making it Possible→

Harnessing the Power of Culture and Creativity in Tourism Recovery→ 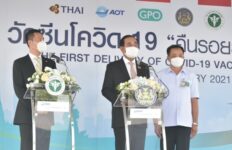 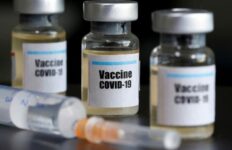