me&stars.inc., a subsidiary of transcosmos inc. which develops marketing strategies based on the concept of “providing a premium experience,” has begun offering an online planning consulting service in response to COVID-19. me&stars will help client businesses develop effective strategies for the “post-COVID-19 era.”

Since its founding in 2017 with the famous Japanese actor Takayuki Yamada, me&stars has produced viral projects such as “Takayuki Yamada as One-Day Receptionist – Bust Size Measurement for 300 Women,” “Jyakucho Setouchi and 8 Influencers: Quiz! Questions on Life,” and “Beat Kosuke Kitajima! – the Last Great Match of the Heisei era.”

The newly launched service is an online consulting service that provides planning, ideation, and strategy-development necessary to survive the “post-COVID-19 era”. The me&stars members with a variety of capabilities will work together as a team to support its client companies speedily and effectively through messaging and video conferencing.

Members who will provide the online consulting services include the following:

Shunsuke Sato: A serial entrepreneur who doubles CMO at transcosmos
A serial entrepreneur, Sato has a track record of founding successful startups. In 2011 he sold Heartlass, Inc. (formerly s1o interactive) to OPT Holding Inc. In 2012, he received the 10th Web Creation Award as a Web Contributor. In 2016 he sold SOCIAL GEAR, an official Facebook marketing partner, to transcosmos and was appointed a Director and the CMO. He is also a director of Beeglee, the operator of comic distribution website “Manga Kingdom”, and chairman and CEO of BRH Inc, a direct-to-consumer fashion conglomerate.

Takayuki Yamada: The one and only “Captain of His Own Ship” in the entertainment industry
A Japanese actor starring in numerous dramas and films, Yamada has won numerous awards, becoming the first Japanese award winner at the New York Asian Film Festival in 2011. He made a big splash with his original Netflix show “the Naked Director (Zenra Kantoku)”. A Director and the Chief Innovation Officer (CIO) of me&stars since 2017, Yamada’s mission is innovation in the entertainment business.

Tadayuki Togashi: A brand strategy & communication planner
Togashi has been providing marketing and consulting services and media business support to a total of over 50 companies, leveraging his experience at the advertising agencies, female-targeted businesses and social networking service (SNS) media. Togashi specializes in communication design using SNS and influencers, as well as comprehensive marketing strategies to target female consumers.

Yuzuru Mitsumoto: A leading expert in Twitter advertising and talent-casting
Since entering the web industry in 2003, Mitsumoto has developed an extensive track record of achievements in SNS advertising, mobile app advertising, video production, talent-casting and more. He has also appeared as a web talent himself in commercial videos and on landing pages. Mitsumoto has experience in managing YouTuber and excels at providing a wide range of marketing support. He won the Twitter Contributor award in 2018.

Tatsuya Kodera: An influencer-marketing guru
Kodera is the mastermind behind various services including TOKYO GIRL’S COLLECTION, SABON, Cosme Kitchen, FASHIONWALKER, BIHADA ICHIZOKU, Reveur, KITSON and more. His extensive network of influencers allows him to run highly-successful marketing campaigns. He is especially good at women’s products such as cosmetics, apparel, and sweets.

Kenta Kusano: A data analysis & system development specialist
A Harvard graduate with a degree in Computer Science, Kusano had led development of information systems at global financial services companies before moving into the digital marketing industry. Since then he has focused on leveraging technology to develop marketing tools and conduct data analytics. A native-level English speaker, Kusano runs a YouTube channel teaching English to Japanese viewers.

*me&stars members, including those listed members above, will provide consulting services as one team.

*Please note that you cannot designate a specific consultant.

*Depending on the nature of the inquiry, it may take some time to start the consulting process.

*Please note that we may not be able to provide consulting services depending on the nature of the inquiry. 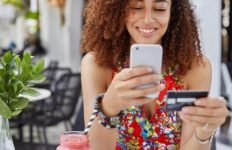 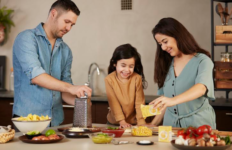 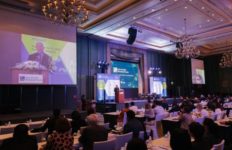