Imagine yourself as a small business entrepreneur, you have been marketing your products/services for a while and have several regular customers.

Then, the pandemic came in, and caused rapid changes in consumer behaviour. Demand lowered as people were adapting to the new lifestyle. There was increased competition in the market from larger players. Now, you need more funding for upgrading your offerings to remain relevant in the market. However, you have never taken a loan from the bank, which increases the risk that your funding will be denied. This is one of the biggest obstacles for that many individual and small entrepreneurs are facing.

The definition of Micro, Small & Medium Enterprises (MSMEs) by The Office of SMEs Promotion covers those with annual revenue of less than 500 million baht and employing less than 200 people. They are characterized by their smaller size comparing to corporate counterparts. They usually carry out less technical business operations, regardless of the industry they are in, as many of them were originally household enterprises, founded by sole proprietorships. Every 7 out of 10 Thai nationals are employed or operating a business in this category.

When it comes to funding request or business expansion, traditional financial institutions usually input payment behaviours of applicants in the credit scoring model, as well as calculating the expected liquidation value of tangible collateral before deciding on the approval. This obviously excludes potential borrowers that possess no borrowing track record or new generation start-up enterprises where land and buildings are not required to operate thriving businesses, putting MSMEs at a disadvantage compared to their large corporate rivals. This problem seems to be self-reinforcing and gaps between smaller and larger enterprises are only widening. To reduce this inequality, financial inclusiveness is already on the table of governments around the world.

Studies on modelling SME credit risks conducted in countries such as Japan, Indonesia, India and Thailand have found that financial statement information could also provide clues about borrower behaviours, as those with solid liquidity ratio tend to weather their business significantly better than others. Leverage ratio (the use of debt in their capital structure) and profitability ratio can also demonstrate their creditworthiness to the certain extent.

The question is, would it be possible to assess the credit risk of MSME borrowers, especially those without financial statements, like the case of sole proprietorships, where many of them have never taken bank loans before? The solution to this comes unexpectedly. The pandemic has forced a mass adoption of technology in all walks of life. We turned to remote working and restocking our groceries using mobile applications, we communicated more through social media to supplement physical interaction, and we adopted electronic banking transactions en masse. Online marketplaces hence became larger than ever.

This phenomenon has created a large unstructured data pool during the process, and in combination with advancement in modelling techniques, we are now able to predict the borrowers’ likelihood of defaults by detecting patterns in these data. Our study on countries across Asia shows that they are demonstrating promising predictive powers even if individuals or corporates never accessed formal banking products before.

Psychological matrices can also be leveraged to assess the creditability. An individual that is conscientious, makes effective economic decisions, selflessness and generous is statistically more credible than individuals with different characteristics. Social media activities can also provide information about potential behaviors as well, for example users with less connections or those who tend to be active during particular hours of the day could be less reliable than others. Other factors can be considered for optimization as well.

The predictions from this alternative technique does not only supplement the traditional way of credit risk measurement but is also found to provide improvements in predicting the probability of a default for borrowers. In some countries, there was an incorporation of banking transaction data in the model or a consideration on whether MSMEs have attended relevant development programs aiming to increase business operations efficiency. Participants in those programs, sometimes sponsored by state-owned entities, tend to be more credible than those who did not and thereby enjoying lower funding costs.

This new approach will help a lot of MSME borrowers to gain funding access at more competitive rates, and financial institutions to better understand their customers, resulting in more financial inclusivity and reducing economic disparity. However, to achieve this goal, there must be enhancement in the data collection and sharing facilities, as data may need to be interchanged across providers from different industries (sharing mobile phone data usage with banks). Some advanced economies are planning to launch a Commercial Data Interchange, a data sharing infrastructure operated on a consensual basis.

Regulatory bodies can play equally important roles in supporting this initiative by stipulating clear guidance and providing clearance on personal data collection and handling, to ensure that all data shared within the ecosystem is obtained rightfully and protected strictly from unauthorized access.

Stakeholders should have in place an end-to-end process of collecting and sharing information, and using this data to perform analysis for relevant factors for each business setting to obtain regulatory clearance. Once the process is streamlined and successful, there will be opportunity for a greater presence of MSME players to shine on a global stage, carrying more flexible operations and the ability to compete head-to-head with larger enterprises. 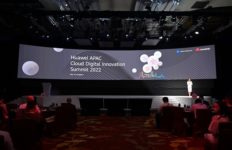 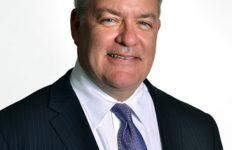