The two-month extension covers several holiday periods and long weekends in April and May, including the Thai New Year or Songkran Festival 2021.

The Tourism Authority of Thailand (TAT) would like to provide the latest update from the Royal Thai Government regarding the nationwide measures to prevent a resurgence in COVID-19 infections.

Published in the Royal Thai Government Gazette on 30 March 2021, Thai Prime Minister, General Prayut Chan-o-cha signed the announcement on the eleventh consecutive extension of the state of emergency for two more months after it expires on 31 March 2021.

In addition, there are several holiday periods and long weekends during April and May, which will encourage people’s movement and travel.

These include in April: Chakri Day on Tuesday 6 April and the Songkran Festival from Monday 12 April to Thursday 15 April; in May, Labour Day (in lieu) on Monday, 3 May, which is connected with H.M. the King’s Coronation Day on Tuesday, 4 May; the Royal Ploughing Ceremony (Government Holiday only) on Monday, 10 May, and Visakha Bucha Day on Wednesday, 26 May. 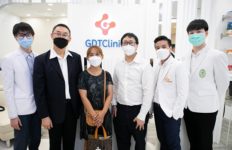 Meiko Experience Center – an emotional journey through the world of hygiene→

Caution must be used when addressing anti-vaxxers as frustrated comments will just drive the very gap we are trying to bridge, says GlobalData→