All information is accurate at the current time, and the TAT Newsroom will issue new updates as soon as further information becomes available. This will be the last update on the topic.

The Tourism Authority of Thailand (TAT) is pleased to announce that interprovincial transportation has resumed new normal operations in line with the nationwide public health protocols to prevent the spread of COVID-19.

Bangkok Airways resumed its Phuket-Hat Yai flight from 28 March, 2021, bringing the total number of its destinations to eight, which are Chiang Mai, Hat Yai, Krabi, Lampang, Phuket, Samui, Sukhothai, and Trat – all operating from Bangkok (Suvarnabhumi). However, it will delay the launch of two new planned routes: Bangkok – Khon Kaen and Bangkok – Hat Yai to 2022. At the same time, flights on the Phuket – U-Tapao and Phuket – Samui still remain temporarily suspended until further notice.

Bus – Interprovincial bus services resumed new normal operations in line with the easing of the COVID-19 control measures. However, bus schedules are only available 30 days in advance. 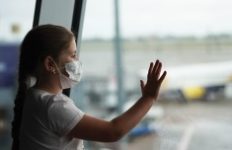 COVID-19 crisis shifts the focus of IT spend to automation, sustainability, and digital health→