As a Worldwide Olympic Partner, Deloitte will apply its deep expertise in management and business consulting to help enhance and secure the IOC’s digital ecosystem supporting the Olympic Movement.

Deloitte and the IOC have formed a “partnership with purpose” that leverages Deloitte’s considerable business acumen to help the IOC realise the possibilities of its strategic roadmap for the future, Olympic Agenda 2020+5, and its vision to build a better world through sport. In partnership with the IOC, Deloitte will provide a global team with wide-ranging management and business consulting capabilities to deliver meaningful impact to the National Olympic Committees, billions of fans, and the thousands of athletes who make the Olympic Games possible.

Deloitte will utilise its environmental, social and governance services expertise to assist the Olympic Movement in driving progress on critical challenges identified in Olympic Agenda 2020+5 related to corporate governance, strategy, sustainability, diversity, equity and inclusion, and athlete support and well-being.

“We are living through one of the most consequential moments in history. The Olympic Movement plays a vital role in uniting the world through friendship, solidarity and fair play, and never has this been more important than now. Together, Deloitte and the IOC aspire to make an impact that matters – to strengthen, enhance and create a long-lasting and positive impact on society through the Olympic Movement,” said Punit Renjen, Deloitte Global CEO.

“We are delighted to be working with Deloitte and excited by the opportunity this partnership presents for the entire Olympic Movement. Deloitte’s initiatives to advance the UN Sustainable Development Goals align with the IOC’s philosophy of further change and transformation as expressed in the IOC’s Olympic Agenda 2020+5 strategic roadmap for the future,” said IOC President Thomas Bach.

“Having worked with Deloitte for several years now, the International Paralympic Committee (IPC) is enthusiastic to explore with Deloitte how its expertise and wide range of services can benefit the wider Paralympic Movement as we aim to use sport as a tool to drive social inclusion,” said IPC President Andrew Parsons.

Enabling the transformation of the Olympic Movement

Deloitte will support the IOC with its digital transformation strategy. It will utilise its digital expertise to help advise in such areas as personalising the fan experience and enhancing digital services, connecting fans around the world and extending the appeal of the Olympic Games between editions.

Advancing the IOC’s purpose and efforts to address global challenges

As a leader in purpose-led organisational initiatives, Deloitte will bring that expertise to support and advise the IOC in the development of strategies that will help it achieve its vision of building a better world through sport.

Deloitte will work with the IOC on the development of programmes, legacy projects and playbooks on initiatives such as athlete support and mental health, diversity, equity and inclusion, sustainability and the reduction of the Games’ carbon footprint.

In recognition of the importance of good governance and transparency, as expressed in Olympic Agenda 2020+5, a “Centre of Excellence” will be developed through this partnership relating to best practices in administration and management operations for participating National Olympic Committees.

Michele Parmelee, Deloitte Global Chief People and Purpose Officer said: “This partnership brings together two iconic global brands who share a passion for driving positive societal impact.  We see this spirit embodied in the Olympians and Paralympians who work for Deloitte and inspire us to see the possibility of what Deloitte and the IOC can accomplish together.”

Jiri Kejval, IOC Marketing Commission Chair, stated: “Deloitte’s relationship with the Olympic Movement is a clear example of how the Worldwide Olympic Partner Programme continues to attract the most renowned names in business. Deloitte’s commitment to providing world-class expertise to the Olympic Movement demonstrates the unique opportunity that the TOP Programme provides.” 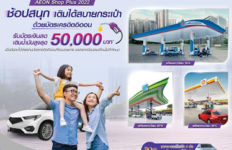 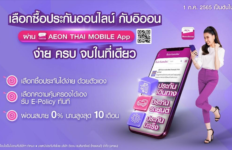 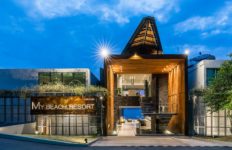