The Prime Minister has thanked the public for being vigilant – regarding the case of a diplomat asking to spend her quarantine at a private condominium, saying that this will help improve disease control effectiveness, and asking the general public to remain confident that the government sees the public’s safety its top priority.

The Government Spokesperson Narumon Pinyosinwat revealed that Prime Minister and Minister of Defence Gen Prayut Chan-o-cha has thanked the general public for being vigilant and being supportive of the government’s operation to control the spread of COVID-19.

The Prime Minister’s remarks are a response to an incident at a condominium in Bangkok, where the condominium juristic persons office refused to let a returning diplomat based in Bangkok to self-isolate at the condominium for 14 days instead of at a certified quarantine facility.

The government spokesperson said related agencies are rolling out new, more cautious rules regarding diplomats and business persons entering the country, with the first priority being the safety and well-being of the general public.

The Ministry of Foreign Affairs, sent out notices to foreign missions in Thailand on 14th July, asking diplomatic missions, consular representatives and international organizations to strictly adhere to the 14-day quarantine at a facility rule, upon arrival in Thailand, to prevent the spread of COVID-19. This rule has been effective since 15th July onwards.

Diplomats and their accompanying family members are now subject to a COVID-19 swab test using the Real-Time PCR method upon arrival in Thailand at the airport. The government is now considering the effectiveness of disease control measures related to diplomats. The Ministry of Foreign Affairs will be notifying foreign missions and international organizations of any future changes of rules. 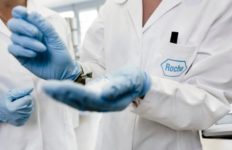 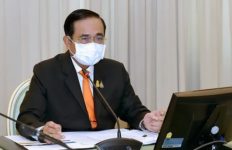