UNESCO World Heritage hawks can avoid the crowds at other landmark sites with a visit to the 10th-century pre-Angkor Vat Phou temple complex in Southern Laos’ Champasak Province.

Click on the photo to link to Google Map of Vat Phou.

The visitor entrance to the UNESCO World Heritage-listed site can be viewed as the exit of the 1,400-metre-long, six-tiered canal system based on a small water tap at the base of Phou Kao Mountain. This leads to 1,000-year-old massive reservoirs providing water to sprout an ancient civilization. 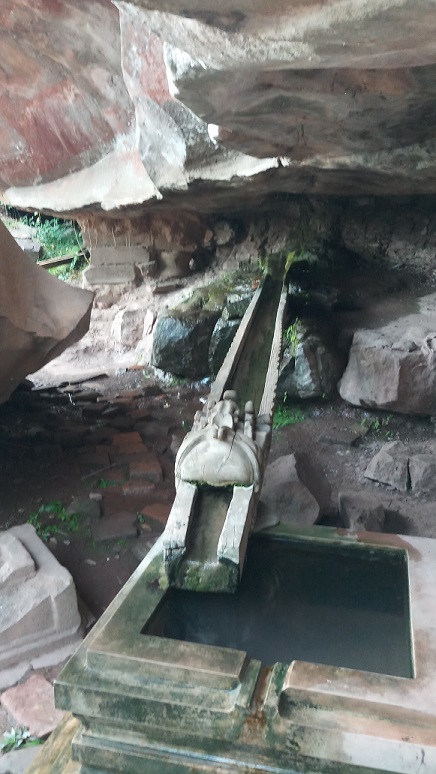 The dripping water also marks the start of a geometric pattern of temples and shrines along a perfect east-west axis to the Mekong. UNESCO reports say this linear layout differs from most pre-Angkor temples, which are concentric. However, some archaeologists think this pattern reflects “the conscious use of the natural terrain.” 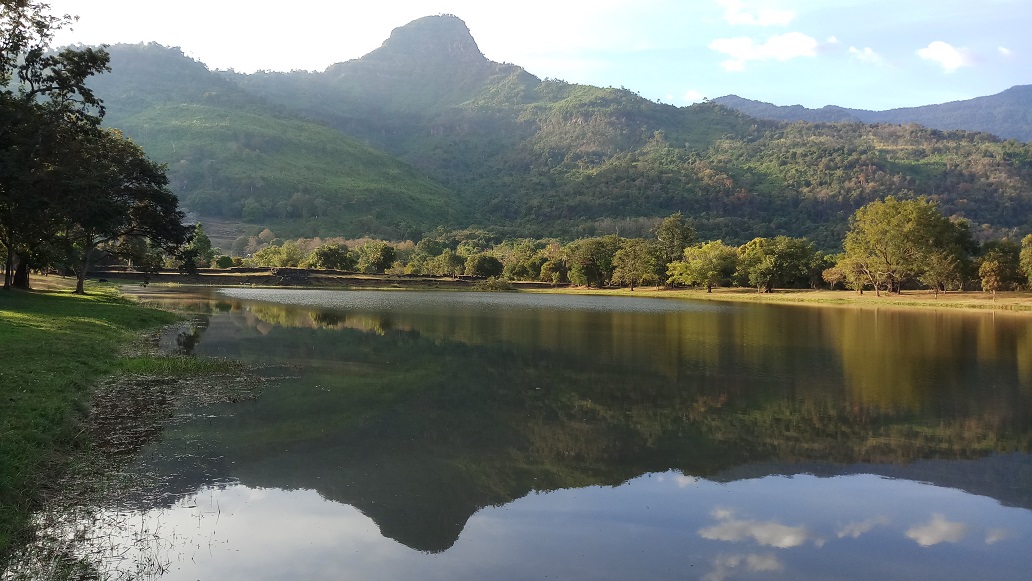 One of the “Baray” (reservoirs) at the Vat Phou entrance

The drive to Vat Phou from Pakse, Champasak Province’s capital, takes about 50 minutes. The entrance is bordered by a pair of 200 x 600-metre baray (reservoirs), built in the 10th century. 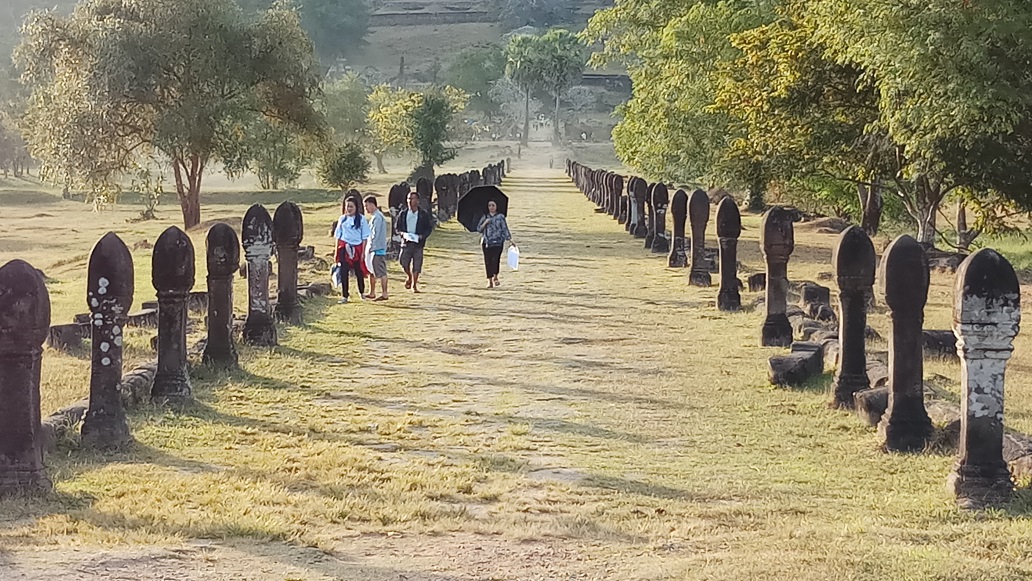 The ceremonial promenade leading to the first of six terraces

Next comes a ceremonial promenade, flanked by carved stone pillars, to guide visitors to the first of the six terraces and a noticeable lack of a huge crowd to add a “We’re alone here” touch. 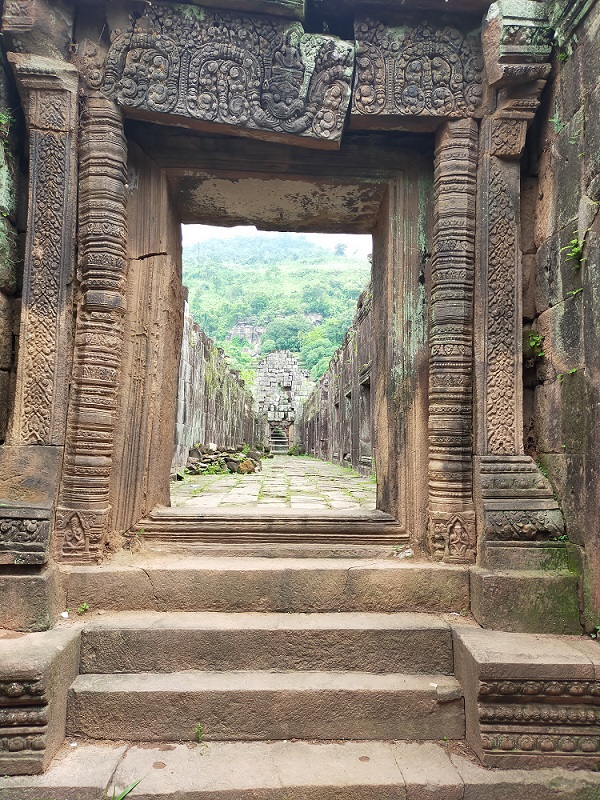 Two almost identical stone “Halls” dating to the 11th-century border the start of the first-level walkway. These sizeable structures mirror each other on either side of the walkway and are exactly parallel to the main axis. They open onto a porch with intricately engraved doorways and may have been small palaces or temples. The mystery remains. 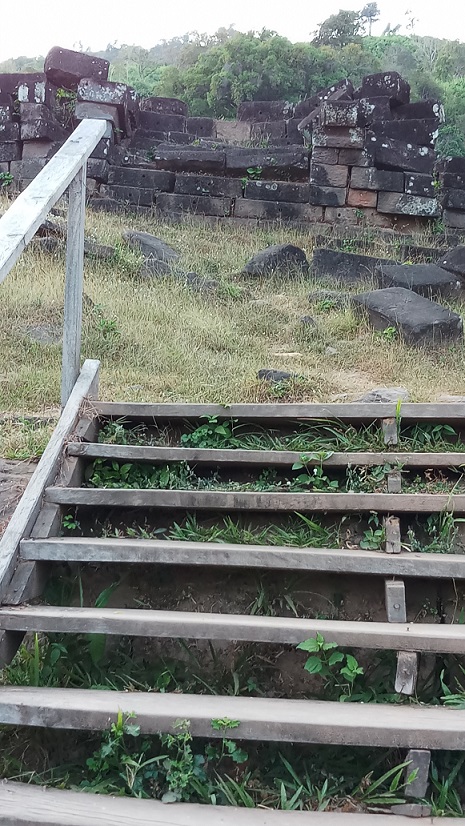 This Hindu building could have been the gateway to the ancient road to Angkor.

A pillar-lined, 130-metre-long promenade rises to the second tier, where Nandi Hall presents another mystery. It’s a small Hindu-style sandstone building dating to the mid-11th century, but its purpose is unknown. Some historians speculate that it may be the gateway to the ancient road to Angkor. 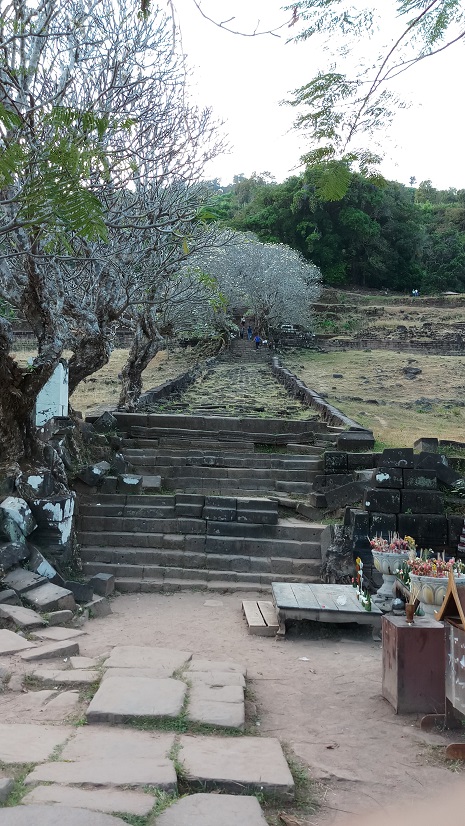 Steps and a walkway leading to a small stone pavilion.

A set of steps reaches the third level, and a short walkway to a small stone pavilion greets visitors. Then, the climbing turns tougher with a series of steep stone stairways. 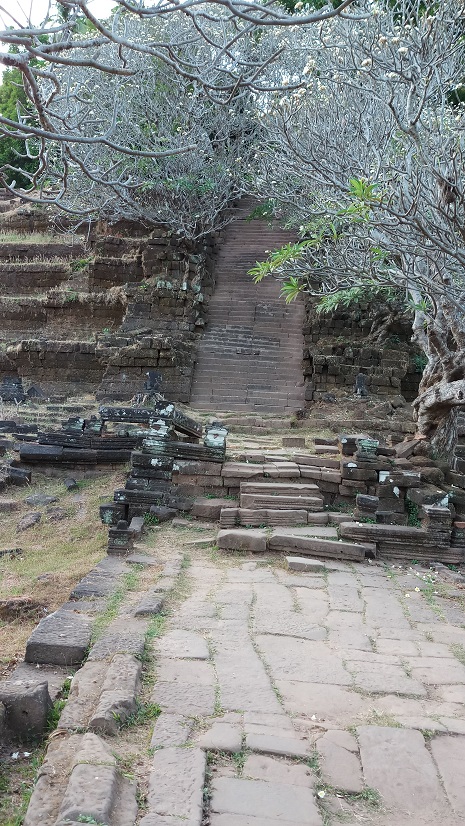 The stone ramp to the 4th terrace

First comes a 75-metre-long ramp that gradually rises with the natural terrain to reach the fourth terrace.

Visitors may want to grab something to drink at this viewpoint as the stairs get steeper. A flight of stone steps leads to the fifth terrace, ending at a stone-paved landing with Naga serpent balustrades marking the axis. 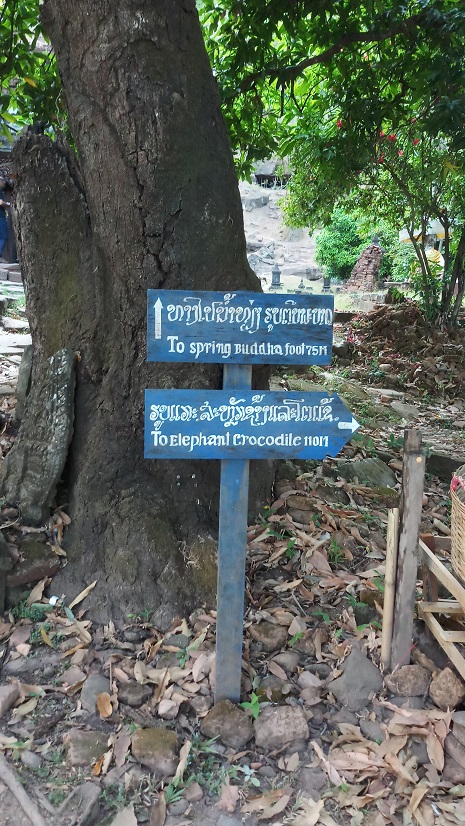 The sixth and final tier

From here, seven steep, 11-step staircases end at the sixth and final tier about 75 metres above the lower boray. 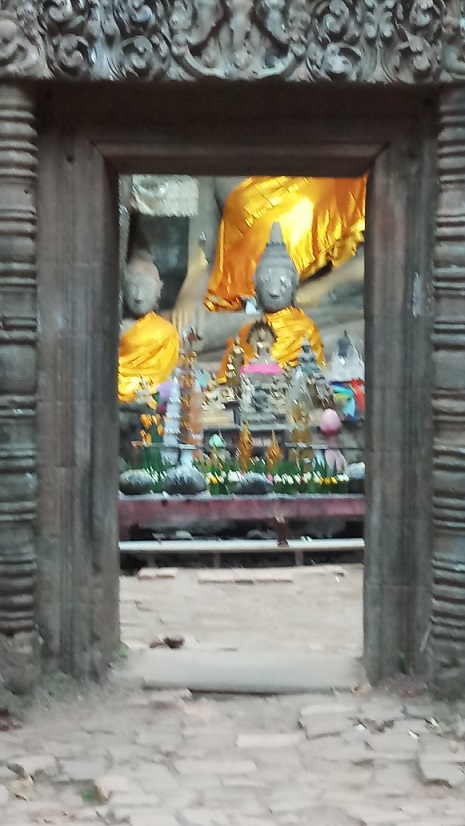 The Sanctuary at the top

Known as Phou Kao Sanctuary, the terrace is home to a sanctuary dedicated to Shiva at the foot of an overhanging cliff. It is here that visitors reach the target…the freshwater spring marking the start of the axis…and the turnaround point for an untouristed UNESCO experience. 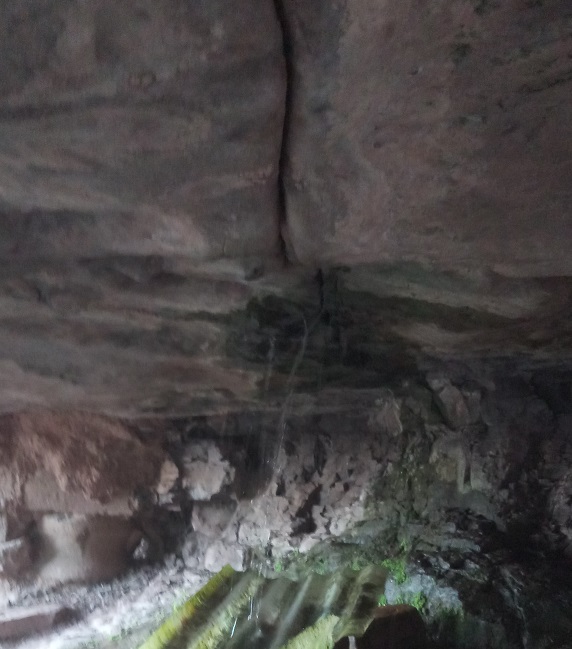 The source of a civilization’s water

Getting to Vat Phou from Pakse

The 43-km drive in a van from Pakse to Vat Phou takes less than one hour. The ride crosses the Mekong River Bridge from Pakse on Route 16 West. The newly paved toll road along the Mekong continues to Champasak Town and on to Wat Muang Kao and the right-hand turn to the Vat Phou entrance and parking area, where electric shuttles await to take visitors to the site. Transportation providers and travel agents in Pakse offer transportation in vans and cars. 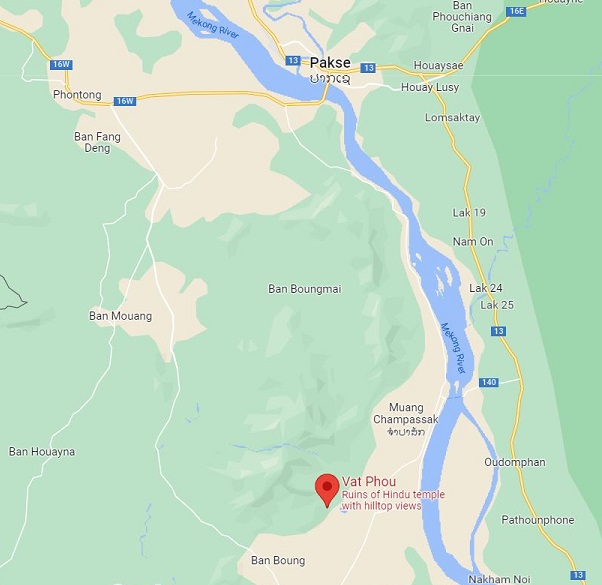 How to Get to Pakse

*Note: Schedules and frequencies are constantly changing. Please directly contact the transportation providers for the most current schedule. The schedules/frequencies below are as of 1 July 2022.

Lao Airlines: One daily flight in the morning