Piyatat Hemmatat is hosting an open studio at RMA Studio as part of this year’s Galleries’ Night Bangkok 2019. The open studio time will be on Saturday, February 2, 2019, from 6pm-11pm at RMA Studio, 238 Sainamthip 2, Sukhumvit 22 Road, Bangkok.

Piyatat Hemmatat, one of the most prominent photogarphers in Thailand’s art scene with works in well-known public collections like Gwangju Museum of Art, Gwangju, Korea and at Museum Siam, Thailand, welcomes all art enthusiasts to the open studio night at the RMA Studio as part of the Galleries’ Night Bangkok 2019 from February 1-2.

His powerful photography work has made him one of the internationally acclaimed artists and photographers. In 2015 he collaborated with other prominent artists to established Photo Bangkok, the city’s first local photography festival, and his own work of late has become increasingly experimental as in Eden, a recent multimedia exhibition that combines his new-found interest in sculpting with photography. The Galleries’ Night Bangkok first launched in 2013 in Thailand under the theme “La Nuit Blanche” (The white night of Paris. It quickly became a highlight of Bangkok’s cultural season by bringing together the art lovers and art enthusiasts to meet the artists, galleries, and studios in a form of galleries hopping. This year marked the sixth edition which will be held from February 1-2, 2019, including in Bangkok Art Biennales’ office program.

Visitors will find numerous published and ongoing projects including 99 limited editions Stereographs viewer and showreels in the presentation box which will provide an analogous virtual reality experience. 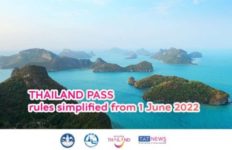 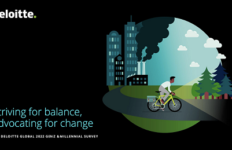