The Foreign Chambers Alliance (FCA) recently held its annual meeting with the Thai Chamber of Commerce (TCC)/Board of Trade (BoT) of Thailand.

The British Chamber of Commerce Thailand (BCCT) is leading on the Regulatory Guillotine project, which will make doing business in Thailand easier.

The Guillotine Project is a fast track way of reviewing laws and regulations and removing unnecessary or unwanted laws and regulations, or revising them. The Project is managed under the office of His Excellency Dr Kobsak Pootrakool, Minister in the Prime Minister’s Office. The Regulatory Guillotine, now called the “Simple and Smart License” (sslicense), is fully supported by the Thai government.

David Lyman, commenting last year said,  “Red tape in this country is cut lengthwise, it goes on and on,” he quipped. Lyman is an American lawyer and former president of the American Chamber of Commerce in Thailand. Indeed the project has been on the back burner for the past 2 years.

In Thailand, in 2014, a coup led by the army chief, General Prayuth Chan-ocha led 3 years later, in April 2017, to a new constitution being adopted and six months later a 20-year National Strategy put in place including a Regulatory Guillotine Project launched as a subcommittee.

Most of the chopping remains to be done, the guillotine project was launched under the chairmanship of Dr Kobsak Pootrakool, a former Bangkok Bank executive vice president, with a background at the Bank of Thailand and the Stock Exchange of Thailand. Kobsak’s subcommittee was tasked with evaluating thousands of licenses and procedures that had piled up over decades, taking cues from similar successful projects in countries like South Korea.

The team “reviewed existing laws and regulations to see if they should be eliminated, amended, merged or left alone,” said Deunden Nikomborirak of the Thailand Development Research Institute (TDRI), a respected think tank that helped engineer the country’s economic rise in the 1980s and has played a pathfinding role in the guillotine program. She described the post-evaluation recommendations as the “four Cs – cut, change, combine or continue.”

A host of other organizations have been involved as well. The Board of Investment and the Bank of Thailand, which in recent years underwent a successful guillotine program of its own, have made important contributions. Key private sector players are the Federation of Thai Industries, the Thai Chamber of Commerce, the Thai Bankers’ Association and Foreign Chambers of Commerce.

The Nikkei Asia recently reported that the reform effort favoured the Prayuth government, has successfully reviewed over a thousand issues which have been processed by a 50-pax guillotine unit.

Foreign and Thai private sectors regard visas, immigration reporting requirements and work permits as the most urgent regulations in need of reform.

An example of how keeping these outdated laws active can create confusion, was demonstrated recently by the Immigration Bureau who ignited a firestorm of protest by suddenly implementing a dormant section of the 1979 Immigration Act, requiring landlords to file TM30 forms to report the presence of foreign tenants within 24 hours of their arrival. The resultant damage and backtracking was an extreme embarrassment to the Prayuth government. 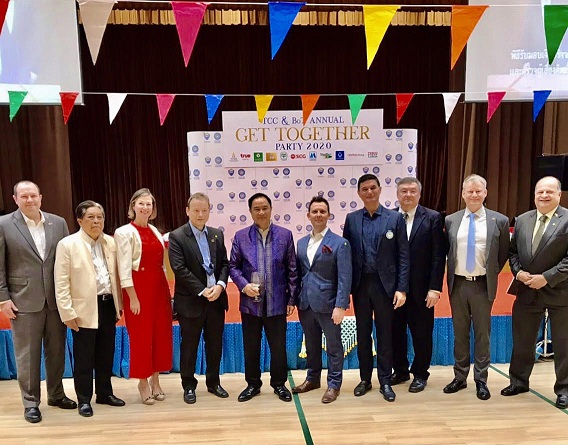