The importance of the forest as the earth’s green lungs, as a CO2 storage reservoir and as a habitat for a huge number of animals is undisputed. The international “Day of Forests” has been celebrated on 21st March since the 1970s which was, and still is, intended to draw attention to the global destruction of forests – a topic that is unfortunately still a highly relevant concern 40 years later. But what is the current situation of the forest? And what measures are our partner hotels around the globe taking?

Around 31% of the earth’s surface is currently still covered by forest, and the rate at which forest area is being lost has slowed somewhat since 2000. In 2018, the total area covered by forest was 8.8 million hectares. The losses are often offset by newly planted forests and plantations. However, this is of little significance as these are far from being able to reach the quality of an original forest.

One of the main causes of forest loss is conversion into arable land. Over a quarter of the loss of Indonesian rainforest between 2009 and 2011 is due to slash-and-burn clearing for the cultivation of oil palms. In addition to the dramatic consequences for the ecosystem, slash-and-burn logging and the exposure of peat soils release carbon – in Indonesia, over 85% of the country’s CO2 emissions are released due to these processes. In addition to palm oil, the cultivation of grain for biofuels, use as pasture land, the cultivation of fodder for livestock and the mining industry also play a role worldwide. For example, in Madagascar, two percent of the rainforest was destroyed in 2018 to mine for sapphires and nickel.

The earth’s surface is not only losing forest through clearing, but also through “natural” forest fires: In Australia, all fires are currently under control or at least contained for the first time since the beginning of the forest fire season 2019/20. This year’s season has not only claimed 12.5 million hectares of forest but also the lives of countless animal and even the lives of some humans. 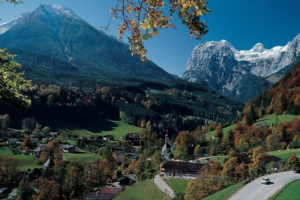 In reforestation, the establishment of mixed forests with regional tree species plays a particularly important role, as experts believe that forestry tree plantations are not well adapted to climate change and forest fires. Therefore, the Berghotel Rehlegg plants a tree for every 5th guest who arrives on Friday. The Gröllberg at the Gerstreit is to be reforested with native trees as the harsh winters of recent years have caused severe snow damage, resulting in large open spaces. Incidentally, the hotel is not only committed to rebuilding the forest, but also to promoting the build-up of humus in the region. Humus performs a number of ecosystem services including helping to make the soil more resistant to flooding, while at the same time storing a lot of carbon. 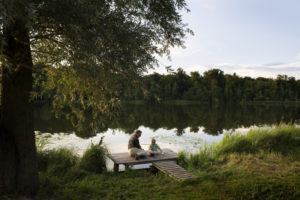 The OCÉANO Hotel Health Spa on Tenerife has been working in partnership with the Bergwaldprojekt e.V. Association since October last year. The Association is committed to the protection and preservation of the forest and its volunteers help to maintain the forests, moors and open-air biotopes in Germany and Europe. For every guest who books directly via the OCÉANO’s own website or the hotel, a local tree is planted.

The Landgut Stober is situated at the lake Gross Behnitzer, embedded in an incredible 125,000 m2 of forest, which is naturally maintained by the hotel. On two hectares there are 60-70-year-old pine trees, on another 10.5 hectares, there are naturally rejuvenated forest areas. These are now being reforested with mixed forest in spring. 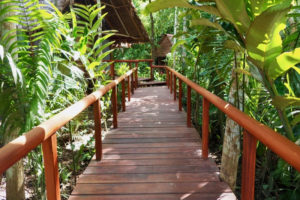 The NGO Inkaterra Asociación, which was created by the Inkaterra Group, finances its research on the flora and fauna of this impressive ecosystem through exciting excursions into the Peruvian rainforest around the Madre de Dios River and makes the results available to the scientific community. The preservation of biodiversity is particularly important to them, therefore, Inkaterra has also been supporting the “Los TamboPatas” Association since last year and together with the Peruvian Society for Environmental Law has launched campaigns to protect the rainforest. “Los TamobPatas” monitors the forest to prevent illegal mining and tree felling since the mining of minerals and gold in Peru has increased by 916% in the last 30 years! 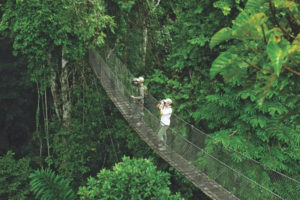 Of course, it is best if deforestation can be prevented entirely. During the construction of the eco-luxury resort Tongsai Bay of Koh Samui in the 1970s, founder Khun Akorn slept on the beach for three months, ensuring that not a single tree was felled or animals killed during construction. Instead, the buildings were integrated into nature and built around the existing trees. Even today, there are still villas and cottages where a tree grows through the tiles in the middle of the terrace!

WHO Suggests Tightened Measures to Control COVID-19 Spread in Thailand→

Most Foreign Online Businesses Plan to Register for VAT in Thailand→

Philippines Will Suspend Travel from Thailand and Malaysia from 25 July→