Street food, super food, craft beer – the world of eating and drinking is as dynamic as never before. Nothing connects people from different backgrounds as much as a pleasurable meal. With this in mind, the Goethe Institutes of Southeast Asia are bringing the countries of the region together around the table. During the course of November 2018, the project Wanderlust Küche: – A Culinary Dialogue will unite Southeast Asia, Australia and New Zealand under the motto Tafeln ohne Grenzen (Tables without Borders). For one part of the project, a professional German cook joins forces with a master chef from a partner country. Together they create an international menu for up to 150 guests. The project also stages numerous other events which centre on the topic of culinary art and tradition.

The globalisation of fine taste is gaining unstoppable momentum. Never before in the history of cooking and eating has there been such a strong global trend towards “fusion cuisine”, where the best of local cuisines is mixed to create delicious dishes. Southeast Asia, Australia and New Zealand are no exception. Here, as elsewhere, the growing gourmet food scene is particularly dominant in the large cities.

So far, German cuisine has generally and exclusively been perceived as Bavarian fare: pork knuckle, fried sausage, dumplings with sauerkraut and freshly brewed beer – that’s about all there is in the goodie box “Made in Germany”. All too often, German food is internationally dismissed as being boring, heavy and unimaginative.

This unjust reputation was what gave Maren Niemeyer, head of the Goethe Institut Thailand, the idea to launch the regional project Wanderlust Küche – A Culinary Dialogue –

“We have set ourselves the goal of correcting this image as it simply no longer corresponds to the current situation. Football and the car industry remain two of Germany’s greatest showpieces. In spite of a recent decline in success, they both continue to enjoy an excellent international reputation. No one seems to have noticed that German cuisine has caught up with them in the meantime.”

The Goethe-Instituts of Bangkok, Ho Chi Minh City, Hanoi, Manila, Sydney, Kuala Lumpur, Jakarta, Singapore and Wellington are joining forces to help correct this image and will give a presentation of new German cuisine in each of their countries. “Wanderlust Cuisine” will be their joint effort. To guarantee the success of this culinary tour, they will be working with the Hamburg chef collective “Werteköche, represented by top chef Mirko Trenkner and his master chef colleagues Steffen Burkhardt and Helge Hagemann.

Each of the participating Goethe-Instituts will host the highlight event of the Wanderlust Küche, the so-called Blue Hour dinner. For this event, a German master chef pairs up with a chef from the respective partner country to prepare an international menu for up to 150 guests.

The title of this dinner party, Blue Hour, is a reference to the magical moment when the working day draws to a close and the light turns blue shortly before sunset, announcing the most relaxing and social part of the day.

Stirring things up in Bangkok are Mirko Trenkner from Hamburg and Duangporn Songvisava – “Bo” – from Bangkok. These two top chefs have more in common than their profession: they are both convinced that good food made from sustainable produce opens up people’s minds.

On 14 November, they will be cooking a first class meal for 120 guests in the garden of the Goethe-Institut in Bangkok. The planning and the shopping are also joint efforts. This innovative cultural format promoting international understanding brings delicious food to the table and, at the same time, breaks down old prejudices

Our guests at the round table are Thais and Germans, whose work is in some way related to the topic of “food and drink”. They include a Bangkok-based German butcher, a Thai wheat beer brewer, the Thai founder of an NGO for sustainable organic food and a Thai-German food artist.

The dinner is the endeavour of the Goethe-Institut to bring food connoisseurs and experts from Germany and Southeast Asia around the table in a pleasurable way.

Language course participants and walk-in guests can also take their seats at the large tables and be part of this extraordinary culinary summit meeting.

Another major focus of the project relates to sustainable food production and the preservation of traditional cooking. This is of particular importance to Thai chef Bo, who was voted best Asian chef in 2013. 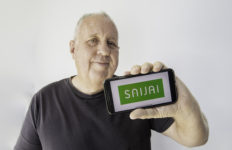 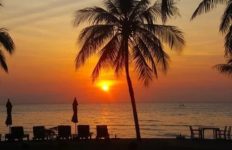 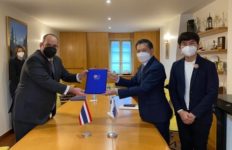 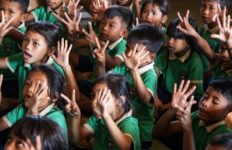