BWH Hotel Group is celebrating another major award, after its subsidiary Best Western® Hotels & Resorts was named as one of “Asia’s Top Hotel Chains” at the NOW Travel Asia Awards 2019-2020!

This prestigious title was presented to the company in a grand ceremony and gala dinner held in the ballroom of the Fullon Hotel Tamsui Fisherman’s Wharf, Taiwan, on November 15, 2019. This marks the third prestigious award won by Best Western Hotels & Resorts in Asia in recent months, after it was named as Asia’s “Best Midscale Hotel Chain” in the Travel Weekly Asia Readers’ Choice Awards for a fifth consecutive year and inducted into TTG Asia’s “Travel Hall of Fame” – Best Mid-Range Hotel Brand.

“We are thrilled to have been named as one of Asia’s Top Hotel Chains at the NOW Travel Asia Awards. NOW Travel Asia is one of the region’s most respected leisure travel magazines, so to be rated so highly by their esteemed readers is a great honor indeed. This award is even more satisfying as BWH Hotel Group spans every sector, from economy to luxury. With our diverse portfolio of 17 brands, BWH Hotel Group is now a truly comprehensive hospitality company that can cater to every location and market segment. We look forward to creating even more excellent guest experiences all across Asia in the future,” said Olivier Berrivin.

Founded in 2012, the NOW Travel Asia Awards recognize excellence in all sectors of the region’s tourism industry, with 22 categories including hotels, airlines, restaurants, spas and more. The awards are voted by the readers of NOW Travel Asia, which is distributed in Thailand, Hong Kong, Macau, Singapore, Malaysia, Vietnam, Japan, China and South Korea.

BWH Hotel Group has achieved many milestones in the last 12 months, including the launch of Asia’s inaugural Vīb® and BW Signature Collection® hotels in Thailand, and the opening of Best Western Premier Sonasea Phu Quoc, which marked the company’s return to Vietnam. The innovative SureStay Hotel Group® has been launched in Japan, the Philippines and Laos, a third Best Western hotel will soon be introduced to Yangon, and BW Signature Collection will make its Japanese debut in the cultural city of Kyoto.

The year’s biggest development, however, was the acquisition of WorldHotels Collection in February 2019, which completes BWH Hotel Group’s portfolio with a collection of upper-upscale and luxury hotel concepts. 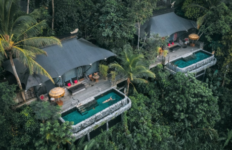 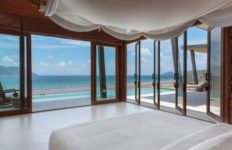 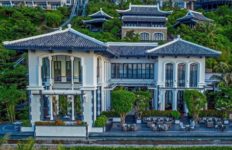