The Stelliers, formally known as The Hotelier Awards proudly announced over 160 finalists for the 2019 Asia & South Asia region. “Stelliers” was officially unveiled as the new identity for the Awards earlier this year, as it perfectly represents the leading “stars” of the hospitality world.

Moving into its celebrated sixth edition, the platform remains the only Award recognition of its kind in Asia. 2019 marked the expansion into yet another region, South Asia. For the first time ever, applicants were welcomed from all seven countries in South Asia, which as a result saw the largest number of overall entries ever received.

This year’s Awards include entries from a total of 19 countries. Applicants from these regions have been divided into two competitions with Asia consisting of Brunei, Cambodia, Indonesia, Japan, Laos, Malaysia, Myanmar, Philippines, Singapore, South Korea, Thailand and Vietnam, and South Asia consisting of Bangladesh, Bhutan, Maldives, Nepal, India, Pakistan and Sri Lanka.

Ahead of the Grand Awards Ceremony in May, an intimate cocktail reception was held last night at The Waldorf Astoria in Bangkok where an average of five finalists for each category were announced by the judges, who flew in from around the world to finalise their selection. The evening welcomed a wide community of hospitality professionals, gathered in celebration at the newly opened hotel property.

The Stelliers Finalist Announcement shone the light on a wide spread of hoteliers across all departments of a hotel, from the Unsung Heroes, to Housekeeping and Front office, right through to the General Manager and Corporate hoteliers.

Stelliers prides itself on providing true recognition to the most talented and hardworking professionals that breathe life into a hotel, whilst also inspiring the younger generation to join this ever-growing industry.

The newly presented identity builds upon this mission and paves the way for the industry’s future leading lights. The name Stelliers derives from the Latin word Stella Polaris, which is the brightest star in its constellation, and is often referred to as the pointer of the sky, representing each individual hotelier. The Awards will continue to shine a light on these exceptional professionals in years to come, giving them the recognition and praise that they deserve.

All winners for Asia & South Asia 2019 will be announced and celebrated during a spectacular Awards ceremony on the 28th May 2019 in Singapore. The prestigious evening will be full of celebratory cheer, welcoming industry professionals from across Asia to support the finalists as the winners are revealed.

Hoteliers from around Asia are kindly welcomed to participate in next year’s exciting Awards. Visit www.stelliers.com for information on the 2020 applications opening.

Applicants in Mainland China, Taiwan, Hong Kong and Macau are now invited to apply for this year’s Greater China 2019 Awards with the submission portal now open. 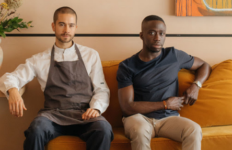