Back in February The Okura Prestige Bangkok invited students studying in the hospitality, kitchen and tourism industries to take part in the cooking competition and received a large number of applications via short cooking videos on Facebook and video clips sent to the organising committee. In the first round of the competition, 9 hotel executives selected the top 7 applicants for face-to-face interviews with Executive Chef  Alvaro Roa, Master Chef Shigeru Hagiwara and the hotel’s Director of Human Resources, Khun Oraya Temkasarp. They then selected the 5 finalists who were given the opportunity to train for three weeks during 3 – 21 June 2019 in the kitchen of Yamazato Japanese Restaurant with Chef Hagiwara and his team. The finalists then put their culinary skills to the test in competition format and each presented special creation dishes at the Judges’ Panel Night held on 21 June 2019. On the first day of training in the kitchen at Yamazato Japanese Restaurant, the 5 finalists were assigned an alphabetic designation based on ‘O K U R A’:

– Representing U was Ms. Kamonchanok Khamprom

During the training phase at Yamazato, Chef Hagiwara divided the instruction into 5 segments: sushi and sashimi, tempura, boiling and simmering, grilled and teppanyaki. The contestants then received instruction under professional chefs for 3-days for each segment, rotating until the training was complete. In addition, Chef Hagiwara spent time every day with each contestant to give them intensive personal training on Japanese culinary techniques. Throughout the three weeks of training The Okura Prestige Bangkok invited its executive committee and the heads of each department in the hotel, plus members of the media and food specialists, to interview, assess and rate the contestants during visits to Yamazato’s kitchen. The scoring criteria were based on the contestants’ ability to learn and their level of commitment and participation.

During the last week of training, each contestant had the opportunity to practice their culinary skills and to prepare to cook for the Judges’ Panel Night. At the Judges’ Panel Night on 21 June 2019 each contestant was required to prepare 4 dishes – sushi, sashimi, California maki and a special creation dish – and present them to the 12 judges who scored them on appearance and taste.

All of the contestants were awarded with a certificate of achievement from Chef Hagiwara on the last day of training. The finalist who received the highest score, accumulated from the first day of training to the Judges’ Panel Night, was Ms. Kanitta Pongaekkawat from Panyapiwat Institute of Management and she was presented with the winner’s trophy, a specially designed Sake Box shaped as Mount Fuji, which the Japanese recognise as ‘Ichi Ban’ or Number One, by Chef Hagiwara. Ms. Kanitta Pongaekkawat also received the highlight prize of a 9-day educational trip to Hotel Okura Amsterdam in the Netherlands. The trip, valued at more than Baht 100,000, includes air tickets, 8 nights’ accommodation at Hotel Okura Amsterdam, luncheon and dinner at Michelin starred restaurants (Yamazato restaurant and Ciel Bleu restaurant), day trips in Amsterdam, visa and travel insurance, pocket money and, best of all, the opportunity to train under two-star Michelin Chef Onno Kokmeijer. Chef Onno holds the title SVH Meesterchef (master chef), awarded by the Dutch hospitality organisation Stichting Vakbekwaamheid Horeca. SVH strives to promote professional knowledge in the hospitality industry and awards ‘master’ titles in five categories including chefs, hosts and sommeliers. The SVH ‘master’ title is the highest honour awarded by the Dutch hospitality industry. The runners-up in the cooking competition were rewarded with vouchers for a 1-night stay at The Okura Prestige Bangkok, inclusive of breakfast for 2 persons. 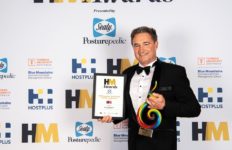 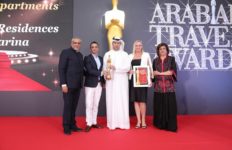 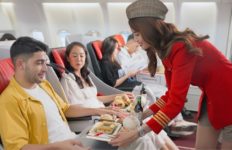 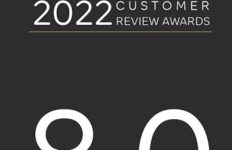