The 2020 list of Asia’s 50 Best Restaurants was announced in a virtual event streamed throughout the region. Now in its eighth edition, the 2020 list includes seven new entries, with Japan, the best-represented nation, boasting 12 restaurants. William Drew, Director of Content for Asia’s 50 Best Restaurants, said: “We are, of course, experiencing unprecedented times both in the restaurant sector and across Asia as a whole. It is therefore more important than ever to support restaurants all over the continent in their recovery, to recognise each other’s achievements over the last 12 months and broadcast a message of solidarity.”

Individual Country Awards: Japan Den (No.3) retains the title of The Best Restaurant in Japan for a third successive year. Other Japan restaurants within the top 10 include Tokyo-based Florilège (No.7) and Narisawa (No.9) as well as La Cime (No.10).

La Cime in Osaka has double reason to be proud: as well as rising four places, the restaurant’s acclaimed chef, Yusuke Takada, is this year’s recipient of the peer-voted Inedit Damm Chefs’ Choice Award.

Among the seven new entries to the list, two hail from Japan: Tokyo restaurants Ode and Inua make their debuts at No.35 and No.49 respectively. Greater China Rising nine places to No.2, Hong Kong restaurant The Chairman claims the title of The Best Restaurant in China, sponsored by Cinco Jotas, following last year’s winner, Ultraviolet by Paul Pairet (No.41). Hong Kong is also represented by returning favourites Belon (No.4), Vea (soaring 22 places to No.12), Neighborhood (No.19), Seventh Son (No.25), 8½ Otto e Mezzo Bombana (No.32) and Lung King Heen (No.33).

In 2019, chef Richard Ekkebus of Amber (No.31) introduced a progressive, dairy-free menu and explored new ways to minimise waste, reduce single-use plastic and limit the restaurant’s carbon footprint. As a result, Amber is the 2020 recipient of the Sustainable Restaurant Award, sponsored by Beronia. The award is presented to the restaurant with the highest environmental and social responsibility rating, as determined by 50 Best’s audit partner Food Made Good Global.

After closing his much-lauded Restaurant André in Singapore, chef André Chiang has a new restaurant on the list in the form of Sichuan Moon in Wynn Palace, Macau. Making an impressive debut at No.23, Sichuan Moon is the 2020 recipient of the Highest New Entry Award, sponsored by Legle. Elsewhere in Macau, Wing Lei Palace climbs 14 places to No.22.

Mume (No.18) retains the title of The Best Restaurant in Taiwan, sponsored by The Dalmore, for a second straight year while JL Studio, the 2019 recipient of the Miele One To Watch Award, enters the list at No.26. Taiwan is also represented by perennials Raw (No.36) and Shoun RyuGin (No.43).

Thailand Having held the No.1 spot for four consecutive years, Gaggan closed its doors in August 2019, allowing Sühring (No.6) to claim the coveted title of The Best Restaurant in Thailand for the first time. Thailand’s seven entries on the list include newcomer 80/20, which debuts at No.47.

Sorn soars 32 places to No.16 this year, making the Bangkok-based restaurant the 2020 recipient of the Highest Climber Award, sponsored by Aspire Lifestyles.

Singapore Aside from Odette, Singapore is also represented by chef Björn Frantzén’s Zén, which makes a dramatic debut on the list at No.28. Returning Singapore favourites Burnt Ends (No.5), Les Amis (No.11), Jaan by Kirk Westaway (No.21) and Corner House (No.42) all rose in the rankings.

A fine-dining institution in Singapore since 1994, Les Amis is this year’s winner of the prestigious Gin Mare Art of Hospitality Award.

The popular Mingles (No.14) holds its title as The Best Restaurant in Korea for a fifth consecutive year while TocToc rises 14 places to No.27.

Indian Accent, rising four places to No.13, is awarded The Best Restaurant in India for a sixth straight year while Bukhara makes a re-entry on the list at No.45. India’s winners’ circle also includes Masque in Mumbai, which is the 2020 winner of the Miele One To Watch Award.

Other country winners include Toyo Eatery (No.44), winning The Best Restaurant in Philippines title for a second year.

How the Asia’s 50 Best Restaurants list is compiled The list is created from the votes of the Asia’s 50 Best Restaurants Academy, an influential group of over 300 leaders in the restaurant industry across Asia, each selected for their expert opinion of Asia’s restaurant scene. The panel in each region is made up of food writers and critics, chefs, restaurateurs and highly regarded ‘gastronomes’, with a 50/50 gender balance in the Academy. There is no pre-determined checklist of criteria, but there are strict voting rules.

50 Best works with professional services consultancy Deloitte as its official independent adjudication partner to help protect the integrity and authenticity of the voting process and the resulting list of Asia’s 50 Best Restaurants. For more details on the Asia’s 50 Best Restaurants voting process, visit: https://www.theworlds50best.com/asia/en/voting/the-voting-system 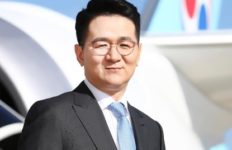 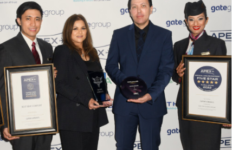