The St. Regis Bangkok was announced as a Five-Star Award Winner in the 62nd annual Forbes Travel Guide Star Award 2020, a coveted highest accolade possible for an establishment.

The St. Regis Bangkok has maintained its Five-Star rating consecutively since 2018.

Five-Star ratings are given to establishments that are described by the prestigious travel guide as “outstanding, often iconic properties with virtually flawless service and amazing facilities”. In Bangkok, only three establishments have been bestowed this honor including The St. Regis Bangkok.

“As anyone in the hospitality industry will understand, sustaining the highest level of service takes constant innovation and ongoing effort. And for that, I applaud our whole team for taking ownership of our guests’ experience,” said Klaus Christandl, General Manager of The St. Regis Bangkok.

Created in 1958, the Five-Star rating system is the only independent, global rating system of its kind in the world for luxury hotels, restaurants and spas. Hotels are evaluated by anonymous inspectors who check-in to for a minimum of two nights. 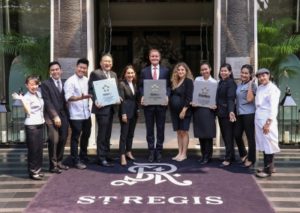 In addition to the hotel’s prime location directly accessible to a BTS Skytrain station and facilities including spa, outdoor swimming pool, plus its collection of fine restaurants and bars, Forbes inspectors also highlighted The St. Regis Bangkok’s personal butler service.

A signature offering, the personalized butler service was first introduced at The St. Regis New York by founder John Jacob Astor IV to ensure each guest’s unique preferences are understood and noted.

Of the 900 objective criteria used by inspectors, 75 percent are based on service, including how long it takes guests to be greeted at the entrance, and housekeeping standards. 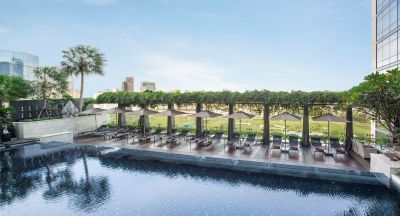 “It fills me with pride to be one of eight The St. Regis honorees around the world who have received this Five-Star recognition this year, proof that more than a century since the brand was founded in 1904, The St. Regis remains committed to impeccable service and a tradition to innovation,” added Christandl.

As part of The St. Regis Bangkok’s evolution, the five-star hotel has also previously announced plans to open IGNIV Bangkok, the first foray outside IGNIV’s native Switzerland by Andreas Caminada, a Swiss Chef with five Michelin stars to his name. At the end of the year, the hotel will also be unveiling a new haven of well-being and rejuvenation, introducing the first Clinique La Prairie medical spa and aesthetics center outside Switzerland. 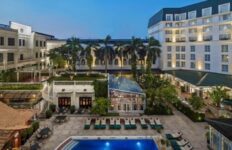 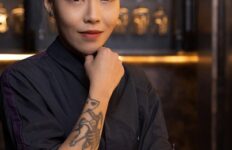 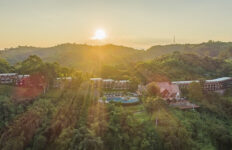