Thailand’s leading energy company, to spearhead the solar energy business, which responds to the needs of businesses and consumers who demand cleaner energy for a sustainable world. The partnership will be the model in the production and retailing of renewable energy, starting with the use of rooftops across five Thai Watsadu branches to install solar panels and produce solar power in 2022, followed by the expansion nationwide to distribute solar energy in Q1/2023 with targets to be the leader in clean energy for Thais by 2026.

Mr. Ty Chirathivat, Chief Financial Officer of Central Retail Corporation Public Company Limited or CRC commented, “Central Retail is committed to conducting business in harmony with the environment, aligning with the company’s sustainability goals. Guided by the CRC Retailligence strategy to build new growth pillars, the company has joined forces with GULF to establish Greengen Energy Co., Ltd. (GGE) to operate its rooftop solar power production and retailing business. GGE will rent spaces on Thai Watsadu rooftops to install solar panels and sell solar energy to customers in Central Group and other commercial and industrial customers in nearby areas. With Central Retail’s large-scale spaces on Thai Watsadu rooftops with branches nationwide, Central Group’s business ecosystem and GULF’s expertise in electricity production and strong infrastructures, the company will be able to produce solar power instead of fossil fuel energy, helping to reduce air pollution for cities and communities whilst also lowering costs in business operations and add value for both companies.

Central Retail (Led by CRC Thai Watsadu) and GULF (Led by GULF 1) have joined forces and invested THB 90 million in the establishment of Greengen Energy Co., Ltd. (GGE) in Thailand with a 50-50 share. The agreement will start with the use of the rooftops of five Thai Watsadu branches across Bangkok and neighbouring provinces, with targets to produce over 9 MW of solar energy in 2022. There are also plans to expand production across other Thai Watsadu and BnB Home branches nationwide along with aims to rent spaces of other businesses to expand the company in the future to the maximum of 130 MW in solar energy production. Beyond production, the company also expects to distribute solar power in the Q1/2023. The combined solar power production across Central Retail and Central Group will be at a maximum production of 300 MW, which will allow the company to migrate 30% its energy consumption to solar power in the next five years. Central Retail and Central Group, which are founding members of the RE100 Thailand Club, have set goals to reduce greenhouse gas emissions by 30% by 2030. All these efforts will accelerate Central Group as a leader in the production and retailing of solar power in Thailand.

Mrs. Porntipa Chinvetkitvanit, Deputy Chief Executive Officer of GULF Energy Development Public Company Limited commented, “As one of the major energy producers in Thailand, GULF is committed to creating a low-carbon society and have plans to invest at least 30% in renewable energy across our business by 2030, which aligns with the nation’s policies and global energy trends. The partnership with Central Retail is another key step of both companies in accelerating the nation’s and the world’s sustainability goals on energy, which will start by leveraging over 1 million square metres of Central Retail’s rooftop spaces to install solar rooftop panels and distributing renewable energy to Central Group customers and customers in neighbouring areas, which will add value to business, the environment and society. GULF is confident that the strengths of both companies will drive collective success.”

The partnership between Central Retail and GULF is considered an important milestone in promoting the use of renewable energy in Thailand. The goal is to reduce greenhouse gas emissions and combat the impact of global warming, creating positive and long-term impact for the environment. Additionally, these efforts will create a healthy environment for society and communities and help reduce production costs for businesses. Greengen Energy Co., Ltd. (GGE) aims to unlock the maximum potential of solar energy production to benefit customers, partners, shareholders and all stakeholders, driving inclusive and sustainable growth as the leader of renewable energy in Thailand by 2026. 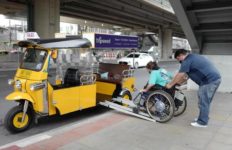 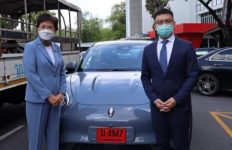 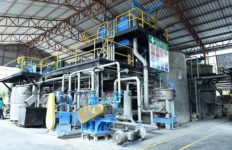