Browse: Home / TOURISM / CSR and Responsible Tourism / Oakwood Embarks on Second Year of Global Community Outreach to Provide Meals for the Underprivileged through ‘Give with Oakwood’

As the pioneer of serviced residences with over 50 years of hospitality expertise, Oakwood today announced the launch of Give with Oakwood, its commitment to effect positive social impact in every destination in which it serves. Following the heart-warming success from last year’s inaugural campaign, Give with Oakwood continues as an annual initiative for the 2nd year to spread kindness and compassion to vulnerable members of society. Designed to cater to the specific needs of destinations that Oakwood operates in, this global outreach is a reflection of the group’s commitment to caring for all guests, associates and communities. From 19 July to 30 September 2021, 58 properties across the United States and Asia Pacific will contribute rice as a staple food, towards a local community, charity organisation or food bank with every direct reservation received.

During the height of the pandemic in 2020, the inaugural Give with Oakwood campaign was launched to alleviate hunger for impoverished families. The successful campaign last year saw a contribution of over 11,000 kg of rice for 67,059 beneficiaries in Asia and a distribution of over 2,700 meals in London as part of a partnership with The Felix Project.

This year, in continuing with global efforts to give back to the community, Oakwood has partnered with the Los Angeles Regional Food Bank in the U.S. to support their food distribution programmes which serve over 900,000 people every month. In Asia, the group will be supporting local community partners such as A Packet of Rice in Singapore, Second Harvest in Japan, the Habitat for Humanity in Indonesia and The Fineland Foundation in China just to name a few.

“While we remain steadfast in our continuous innovation and hospitality excellence, Oakwood is cognizant of our role as responsible members of the local communities in which we serve. Our global team of over 2,000 associates are committed to making meaningful social impact, contributing to the underprivileged at every Oakwood destination during this prolonged battle for economic recovery. Now more evident than ever, poverty and hunger exist even in the most affluent gateway cities around the world. Give with Oakwood is designed to localise our support towards community partners to generate meaningful contributions that make a difference for the beneficiaries,” said Dean Schreiber, chief executive officer of Oakwood.

Give with Oakwood will culminate in global community events and delivery of rice to beneficiaries at each Oakwood destination in conjunction with World Food Day 2021 in October 2021. 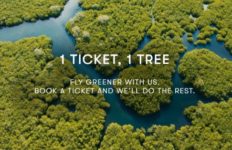 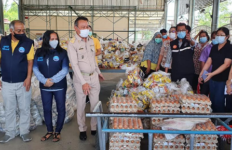 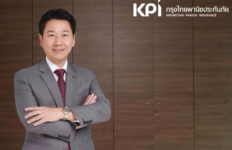