Browse: Home / TOURISM / CSR and Responsible Tourism / Sofitel Krabi Phokeethra Golf & Spa Resort will host a CSR activity to raise awareness about the importance of sharks in our ecosystem.

On October 18th 2019, Sofitel Krabi Golf & Spa Resort will host an educational evening in collaboration with Shark Guardian and Accor Planet 21 to promote awareness about sharks, their important role in our ecosystem, and the consequences of shark finning, as an estimated 75-150 million sharks are killed per year, an approximate 90% destroyed through indiscriminate hunting.

The CSR activity will take place at Koh Poda PoolBar & Restaurant and will involve a number of activities. First, guests will participate in a Candle Ritual at the Spa Garden, followed by a welcome cocktail at Koh Poda. Next, General Manager, Bertrand Courtois will open the event, after which Brendon from Shark Guardian (a charity centred on shark conservation, education and research), will talk about his ongoing shark conservation projects in Asia.

After both speeches, guests will enjoy a screening of the sequel to the 2006 film, Sharkwater, titled Sharkwater: Extinction, which follows filmmaker and conservationist Rob Stewart in his mission to expose the illegal and violent underworld of shark finning. The film hopes to tackle the misunderstood reputation of sharks and their importance to marine ecosystems. Unfortunately, Rob suffered a fatal accident while filming the documentary, so his family and friends finished it in tribute to him and his passion for conservation.

During the evening, the film will be screened in an outdoor theatre next to the largest free-form swimming pool in Thailand and will follow a ‘dive in’ format so that guests can swim while watching the movie if they wish to. A selection of food and drinks will also be available for purchase throughout the evening. After the film, Brendon will host a question and answer session about how we can do our part in protecting marine life, general information about sharks, and any other questions that audience members may have.

The evening will conclude with a few words from the Sofitel team. The resort will also be screening the first Sharkwater film on October 15th 2019 as a lead up to the main event, should individuals prefer to get familiar with both movies. The event is open to all guests, both in-house and those staying out of the hotel. 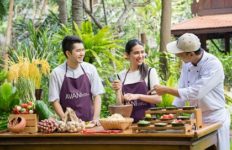 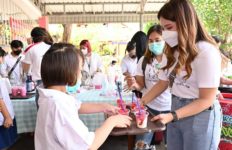