The event is expected to raise around 1 million for charity in its 14th year. The money raised goes towards to The Mai Khao Marine Turtle Foundation, which is committed to protecting the marine and coastal environment and ecosystems for the wellbeing of the sea turtles that nest in the Mai Khao beach and the surrounding areas. It also the funds for the Phuket Marine Biological Center’s Injured Turtle Rehabilitation Program and The Third Naval Area
Command’s Turtle Hatchery Program.

The race was in its 14th year and runners of all ages and abilities took on the race. The tournament was divided into five categories – the 21km half marathon, 10km mini-marathon, 5km fun run and 3k family run and VIP runs for all the races. This year, The course took runners went northwest along the Haad Sai Kaew beach towards Thao Thep Krasatti bridge, passed the rural road No. 3006, run along the road – Pi Lai viewpoint area returned back along
the T. Baan Tha Nun to the iconic Sarasin bridge before finished the half marathon in the Phuket Gateway.

In the men’s race of Half Marathon, athlete Mr. Saksan Sangsean crossed the line in a time of 1 hour, 22 minutes and 48 seconds, while Ms. Piyanut Prongpan won the women’s race in 1 hour, 45 minutes and 52 seconds. 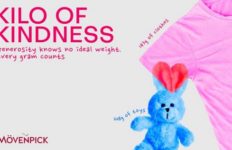 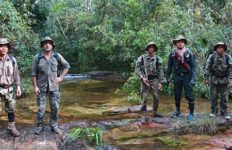 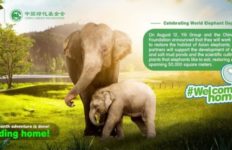 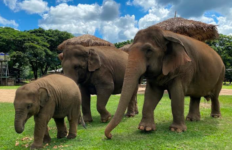