Agoda has today launched its biggest integrated campaign, “GoLocal”, aimed at stimulating domestic tourism across its Asia Pacific and global markets, and has signed up thousands of hotel partners in the pre-launch phase.

“We soft-launched this initiative over the past month to gauge the appetite for support of domestic travel promotions, and the enthusiasm has been beyond our expectations. We have now officially launched GoLocal and already have thousands of hotel and Agoda Homes partners around the world working with us to share great deals with people who want to start traveling again.  Our pre-launch GoLocal early adopters are significantly outperforming other providers within the domestic travel sector across the region, and so we are confident this GoLocal initiative will continue to generate even more bookings,” explained Errol Cooke, Vice President Partner Services, Agoda.

Partners signing up to GoLocal are offering up special domestic deals. In return, participating partners will be featured across various Agoda product and marketing touchpoints, strategically identified to maximize impact of the campaign. These include the exclusive agoda.com/golocal landing site for domestic travel, GoLocal badges to highlight participating properties on Agoda, plus exciting brand and performance marketing activities. Strategic partnerships with key verticals will highlight and promote partner hotels and properties, further extending the reach of the campaign.

“As restrictions on travel ease, we want the GoLocal campaign to stimulate domestic travel demand across Asia Pacific and beyond, by using creative content and messaging to inspire as many travelers to explore their own countries, reconnect with local culture and discover hidden gems. We will encourage them to safely learn to travel again and help our customers to find the widest choice and best value deals to do so. We’re going all out to make this campaign a true success, so our partners can ride this wave of increasing demand, and strive for better times ahead,” said Cooke.

The GoLocal consumer campaign launches with a Global brand film, “Explore the World Nearby”—Agoda’s first global brand film spot focused on promoting domestic travel. The minute-long video is a love letter to travel. Narrated from the perspective of a wise, experienced traveler, it features inspiring footage of the joy and connections that travel brings, reflecting on a renewed mentality following a forced break from travel. The film can be viewed at https://youtu.be/GVNbys63NFs.

Produced with Agoda’s lead global creative agency, BMF Australia, “Explore the World Nearby” is a departure from the brand’s typical animation approach involving its Agoji brand characters. The film simplifies travel, romanticizing the reconnection with local neighborhoods and culture, and reflecting Agoda’s ethos of “Less Hassle, More Travel”. It will be distributed across digital channels Facebook, Instagram, and YouTube, supported by digital paid media and influencer marketing. The film’s narrative is English with local language subtitles for Agoda’s key Asian markets including Korea, Japan, Malaysia, Taiwan and Thailand. 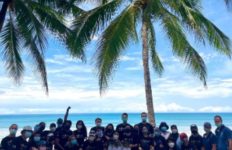 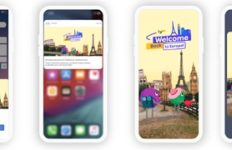