Airbnb, leading hospitality travel platform, today announced its latest company milestone: There are now half a billion guest arrivals all-time on Airbnb, and hosts have earned over $65 billion on the platform worldwide since the company was founded. Over 75 cities worldwide have now hosted at least 1 million guest arrivals on Airbnb, with more than a fifth of these cities located in Asia Pacific alone.

Three guests check into an Airbnb listing every half-second; and Airbnb has more than 6 million homes, yurts, treehouses, boats and more, scattered across six continents, as well as over 25,000 Experiences available in over 1,000 cities.
In Asia Pacific,
Airbnb’s global community of guests and hosts today spans over 191 countries and 81,000 cities worldwide. They are the community foundation for what Airbnb has grown into today: an end-to-end travel platform that combines where you stay, what you do, and how you get there, all in one place.
An unrivaled global community of unique homes and properties
Globally, there are over 14,000 tiny houses listed on Airbnb and over 4,000 castles. In Asia Pacific, our unique and high-quality inventory includes over 600 treehouses, 560 castles, 20 igloos and 5 windmills.
As our private-home offerings grew, propelling us to our strongest year ever in 2018, the number of rooms available on Airbnb in properties that hosts categorized as boutique hotels, bed and breakfasts, and other hospitality venues such as hostels and resorts has more than doubled. Guests at these properties rated their stays an average 4.7 out of five stars, the same rating as the average for our entire platform.
Globally, the most popular listing on Airbnb has been the Mushroom Dome in Aptos, California, which is still the most-visited listing in the entire Airbnb community. The most-visited private room in Airbnb history is in a castle in Ireland hosted by Peter, who has spent over a decade restoring his 600 year-old home.
Expanding geographic distribution of guest arrivals
As the Airbnb community has grown, the geographic distribution of guest arrivals has expanded.
In 2009, 86% of all Airbnb guest arrivals were at listings in our 10 biggest markets. By 2013, that percentage dropped to 34% and in 2018, just 13% of Airbnb guest arrivals were at listings in our ten biggest markets. Today, over 900 cities worldwide have at least 1,000 Airbnb listings.
In Asia Pacific alone, 172 cities currently have more than 1,000 active listings.
Globally inclusive
Since the early days of Airbnb, the community has also become more demographically as well as geographically diverse. Though the first Airbnb hosts (Brian and Joe) were men, today, over half of hosts worldwide are women.* Over 1 million hosts are over the age of 50, and over 400,000 hosts worldwide are over 60 years old, with seniors (hosts 60+) representing the fastest-growing demographic of hosts in the US. Over 1.5 million hosts on Airbnb are also guests on Airbnb.
And considering Airbnb’s popularity with younger consumers, we anticipate the Airbnb community is only just getting started. Nearly 70% of Airbnb bookings in the past three years have been made by guests under the age of 40. All-time, millennials globally have spent over $31 billion on booking travel on Airbnb.
From our first three guests in 2007 to our 500 millionth guest arrival this year, we’re proud to celebrate the growing Airbnb community around the world.
*All demographic data is self-reported by Airbnb users. 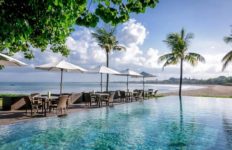 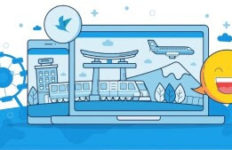 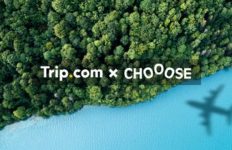 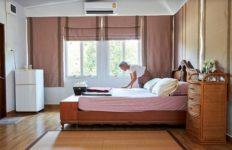