Browse: Home / TOURISM / OTA News / Get your spook fix in Japan this Halloween with Airbnb

Japan is the number one travel destination for Thais. Famous for its cherry blossom trees, cuisine, culture and Mount Fuji, it’s also home to some of the scariest horror movies ever made. Remember when the lady climbs out of the TV? The movie became a cult horror classic following the 2002 Hollywood remake, but what many forget is that the original was filmed in Japan and first released in 1998.

Forget trick-or-treating and pumpkins this Halloween, head to Japan and stay on Airbnb. Here you can check out the iconic film locations and live in a traditional home to get an authentic afterdark experience.

Remember the scene in the Quentin Tarantino classic when the Bride takes on O-Ren Ishii in a one-on-one, Hattori Hanzō-sword to Hattori Hanzō-sword fight? Reenact the scene by going on a Samurai Swordplay Airbnb Experience, or visit Tokyo’s Shinjuku district where parts of the film were shot. Shinjuku is also where 54 school children committed mass suicide by jumping onto the subway tracks and set off a chain reaction of more multi-suicides in another of Japan’s classic horror movies.

If you’re looking for a stay with some character, this 100-year-old wooden house with exposed beams oozes period charm, while this recently renovated old Japanese-style home gives guests an authentic Japanese experience. Alternatively, try this modern apartment TASU TOCO or this private apartment with all-natural cedar and mud walls from which to explore the spookier undertones of the city.

A mere 11 hours by boat from Tokyo is Hachijojima Island, but it’s the neighbouring island of Hachijo Kojima that is the destination for spook-lovers. Abandoned since 1969 it was the location for a movie little heard of outside of Japan, until Hollywood made something similar (some say ripped off) in 2012. In the Japanese version, the government forces junior high school students to compete in a death match against each other on an isolated island. Sound familiar?

While planning your trip to Hachijo Kojima Island, why not explore the waterfront of Tokyo City? Get the heebie-jeebies travelling alone? Then travel as a group and stay at one of these stunning properties that can accommodate groups of upto 16: This stunning ocean view private villa is just a 5-minute walk to the coast or sooth away any fears at this luxurious private house with it’s own hot spring. 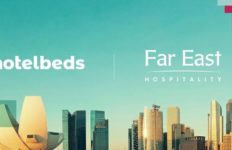 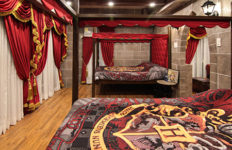 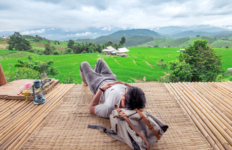 A Trip to Chiangmai: Must-visit places and Things to do in Chiangmai→ 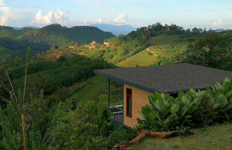