SiteMinder, the world’s leading open hotel commerce platform, has today unveiled the lists of distribution channels that over the past year brought the highest booking revenue to hotels in the United States and more than 20 other of the world’s most popular tourism destinations.

The list for the U.S.—in line with global trends—reveals a more holistic online commerce strategy, consisting of both new and established methods, is being taken by hotel businesses to reach new customers and produce revenue. This holistic commerce strategy consists of a greater balance between direct and indirect revenue streams, with direct bookings retaining the third position in the U.S.—for the third year running—driven by increased investments in booking engines, hotel websites, metasearch, frictionless payments, support from hotel consultants and specialist applications designed for conversion. Globally, direct bookings now rank as one of the top two revenue drivers in more than half (12) of all markets.

This year’s lists also feature 29 new distribution channels—including British Airways Holidays and HotelsCombined in the U.S.—reflecting the current aptitude among hotels to embrace new revenue streams in their pursuit of new customers. Additionally, the lists increasingly feature Airbnb, which has risen in 12 markets, including the U.S., where it has risen from fifth to fourth place. Airbnb also debuted in three markets globally, in spite of the channel being made available to traditional hospitality businesses only four years ago.

Other major findings supporting a greater adoption of a holistic hotel commerce strategy in the U.S. included:

“We’re living in a new era of hotel guest, dominated by what we’ve identified as the ‘dynamic traveller’ who comes with evolved booking behaviours and preferences. Our data highlights the willingness of hoteliers to adopt both new and established methods to attract these customers, as they pursue a more holistic hotel commerce strategy to sell, market, manage and grow their business,” says SiteMinder’s senior director of global ecosystem, James Bishop.

“Most clearly, the rise of direct bookings reflects the grown investments we’ve seen among hotels in their websites—including their booking engines and payment options, and the specialist conversion tools they connect with—as well as their metasearch strategies and local hotel consultant support. Meanwhile, a newcomer cohort of 29 channels showcases the openness of hotel businesses to employ a broader, multichannel approach as a way of connecting with more niche or harder-to-reach customer segments.

“The popularity of Airbnb comes as no surprise. As many travellers continue to seek out accommodation options that allow work and travel to seamlessly meet, hotel distribution channels catering to longer stay and workation guests will continue to perform strongly.”

Bernhard Ballin, Regional Vice President for the Americas at SiteMinder, adds: “The customers that hotels are now pursuing are not the same guests they welcomed before. The rise of the dynamic traveller and its evolved expectations have transformed the marketplace, driving hotels to adopt more holistic commerce strategies in an effort to get ahead of the curve and not be left behind.”

In the U.S., the Top 12 hotel booking channels in 2021, based on total gross revenue made for all users of SiteMinder’s platform, were:

Click here to view the Top 12 lists of the US and of all travel destinations worldwide, and insights into the 2022 traveller from top distribution channel providers. 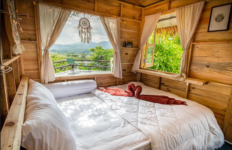 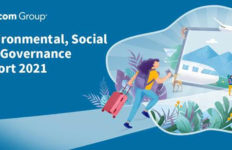 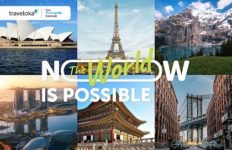 TripTrends: APAC’s accelerated tourism recovery for April and beyond→