leading online trading broker, Exness, is bringing Real Madrid coach, Carlos Albert, and a football legend to Thailand to give underprivileged children the chance to learn how to play football like a pro.

Exness has announced that it will be hosting a Real Madrid football clinic for disadvantaged children in Thailand on 14 December, 2018. The company welcomes applications from children’s charities from across the country that want to give the children they care for an incredible opportunity. The deadline for applications is 9 November, 2018.

As one of the global leaders in online trading, Exness is committed to offering the best trading services in the world. At the same time, the company believes in giving back, regularly launching charitable initiatives aimed at improving the quality of life and futures of people in the markets it operates in.

Given that football is incredibly popular in Thailand, Exness has decided to organize an unforgettable day of football that will give children the chance to learn from a Real Madrid legend and receive training from Coach Carlos Albert. Exness’ ultimate goal is to build the children’s confidence, giving them the drive to achieve their goals and helping them realise that there are people that believe in them.

Real Madrid has proven itself to be the greatest club in football history. With a long and unrivalled history, the club has won more silverware and has been the home to more great players than any other club in the world; from Ronaldo and Beckham to James, Figo, and Zidane, this team has allowed talent from every corner of the world to shine.

Anamika  Sintananoppaqun, Regional Director of Exness at Exness, commented, “At Exness, we believe in giving back to the communities we serve, which is why we are organizing a football clinic for children who don’t have the same opportunities as others.

““Every child deserves a great day out playing football, and as a sponsor of Real Madrid F.C., we want to give the children that attend our football clinic an experience that they will never forget and, hopefully, inspire them to follow their dreams too.”

Exness will accept applications until 9 November, 2018.  Charities that are interested in attending this very special event should apply as soon as possible by sending an application stating why they should be selected at  https://goo.gl/66cdCc and more information, please contact 086-161-9910

The final list of charities that have been chosen will be announced on 20 November and the football clinic will take place on 14 December, 2018. 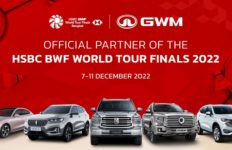