The Huntsman Mini will be available in Black and Mercury White finishes as well as in both the clicky purple, and newly improved linear red optical switch variations. 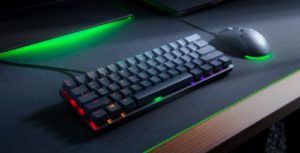 The Rise of the 60% Keyboard

The Huntsman Mini answers the growing demand from gamers for a compact, high-performance gaming keyboard. This includes professional Fortnite gamers such as Ceice and Cloakzy, as the ultra-compact form fits perfectly in their limited tournament desk space.

With about 60% of the size of a full-sized keyboard, the Huntsman Mini still retains all the essential keys for gaming. Functions normally assigned to dedicated keys on a full-sized keyboard are still present as secondary functions, printed onto the side of the keycaps. Even more functions or macros can be assigned to any key via Razer Hypershift within Razer Synapse 3.

This minimalist design clears the clutter from the desk and allows for more gaming room with large mouse swipes or for a larger sleeping area for that furry friend. 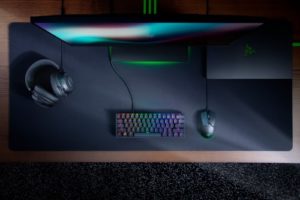 The Razer product team is continuing the community-validation design approach they adopted with the Razer Huntsman Tournament Edition by listening to product feedback from gaming and tech enthusiast communities. Through multiple stages of iteration and feedback, the Razer Huntsman Mini was developed.

“We have many years of experience in creating and innovating keyboards and switches designed for gamers. That is complemented through the support and feedback from our community,” says Alvin Cheung, Senior Vice President of Razer’s Peripherals Business Unit. “The Huntsman Mini packs the latest and greatest in keyboard technology in an ultra-compact 60% form factor.”

In less than a year from the release of the linear switches on the Huntsman Tournament Edition, Razer has developed an improved Razer Linear Optical Switch, now to first appear on the Huntsman Mini – it features silicon sound dampeners that significantly reduce noise for quieter acoustics without sacrificing any speed or smoothness.

Doubleshot PBT keycaps, which were introduced with the Huntsman Tournament Edition last September, are more durable than regular ABS keycaps on standard keyboards and resist the oily shine from extended use. Razer has also made the investment to produce quality PBT Keycaps in regional layouts later in the year, including Japanese, Nordic, UK, German, French, Russian, and Spanish.

For fans of keyboard customization, the Huntsman Mini features a standard bottom row to be compatible with most standard keycap sets. A standard USB-C connection port can be used to interchange with the user’s own favorite colored cable on hand. 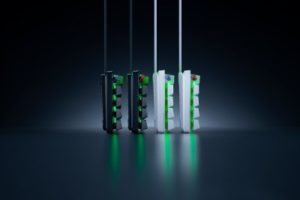 The Huntsman Mini may be small but still packs a punch in games. Players of fast-paced games such as Fortnite can build and shoot quickly and reliably with the best-performing optical switches that instantly actuate at the speed of light, outperforming and outlasting traditional mechanical switches found on most other gaming keyboards. 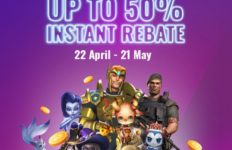 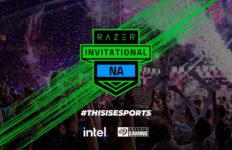 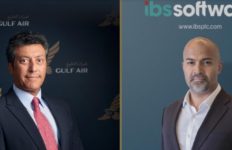 The Venue Jeddah Corniche experiences 37% increase in reservations with RateTiger→