The seamless integration of wearable devices and healthcare apps is enabling a world where people can monitor their own health using their mobile phones, according to GlobalData. The leading data and analytics company notes that the markets for various wearable products such as smartwatches, smart glasses and fitness trackers are growing at a faster pace than ever before. Wearable tech on the whole is expected to grow at a compound annual growth rate of 19% to $64bn by 2024 – a 237% rise since 2019. As these technologies continue to innovate and become more accessible to the consumer, there is likely to be a rise in mobile health.

Kevin Dang, Medical Data Analyst at GlobalData, comments: “With the increasing number of smartphone users worldwide, it is not a surprise to see a rise in the popularity of mobile health apps. When coupled with wearable technology, we can expect to see continued market growth.”

Dang continues: “We can clearly see that the two segments that dominate global wearables revenue are hearables and smartwatches. Hearables have been around quite some time now as their main purpose is for listening to music. Smartwatches, on the other hand, have gained traction in recent years – with their abundance of built-in functions they are very versatile devices. A good example would be Samsung’s Galaxy Watch line, which contains basic features that you would normally see on mobile phones. Their smartwatches contain a built-in fitness tracker, which tracks many types of physical activities. When paired with the Samsung Health app, fitness data is stored and tracked over time and can be viewed on both the watch and your phone. As this market continues to grow, the use of health-tracking apps will follow suit.

However, Dang notes that Mobile health is not just the use of wearables – it encompasses other areas such as remote patient monitoring and COVID-19 testing apps. For example, the University of Mississippi Medical Center partnered with C Spire to launch the C Spire Health smartphone app in March 2020. The app places patients in a virtual waiting room, then the patient is assessed to determine if they have any symptoms. If they are determined to be high risk, the patient will be provided with a next day appointment at the drive-through collection site.

Dang concludes: “Mobile health is in a very exciting stage of development. Its applications span from mainstream daily usage with wearables to specific use cases in healthcare. The possibilities are endless and the potential for growth is astounding.” 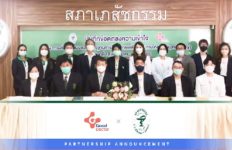 Good Doctor Technology Thailand Signs MOU with (The Pharmacy council of thailand; PCT) to Drive the Adoption of Telepharmacy in the Kingdom→ 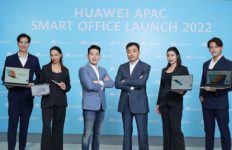