The Tourism Authority of Thailand (TAT) is advising all tourists and travellers who are planning air travel via the kingdom’s six major airports that all smoking rooms inside the terminals have been closed from 3 February, 2019.

The six airports are Bangkok’s Suvarnabhumi and Don Mueang, Phuket, Chiang Mai, Hat Yai and Mae Fah Luang Chiang Rai, all operated and managed by the Airports of Thailand (AOT).

According to AOT, the move to close all smoking rooms is in line with the 2017 Tobacco Control Act. Meanwhile, the Ministry of Public Health’s official announcement in November 2018, has also listed “public areas of airports” among several new zones where smoking of tobacco is prohibited.

The new smoking zones at AOT-operated airports will carry a fine of up to 5,000 Baht.

TAT understands that AOT has designated smoking areas outside the terminals. For more information, tourists and travellers passing through these six airports are advised to contact the AOT Contact Centre by calling Tel.: 1722 or visit the airport information counter.

Also, TAT would like to express thanks to each and every tourist and traveller for their understanding, as Thailand’s proactive smoking ban is aimed at maintaining a clean and safe environment for all.

Thailand became a party to the World Health Organisation Framework Convention on Tobacco Control on 27 February, 2005. Since then, the country has become one of the world’s forerunners in the fight to ban smoking from public places. This include the recent smoking ban on Thai beaches. 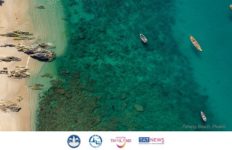 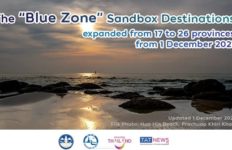 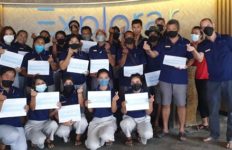 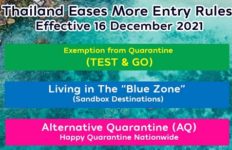