YACL said the increase was due to the addition of new routes – mainly from the Chinese market.

In the last 12 months, YIA has added two routes with three new airlines. International passengers accounted for 70.0% of the total air passenger movements during the January-September 2019 period. This compared with 67.5% in the same period last year. Domestic passenger movements declined marginally by 1.7% in the January-September 2019 period compared to a year ago. Air Traffic Movement (“ATM”) for international flights increased by 2.5% compared to a year ago.

China, Thailand, and Japan were the top countries that mainly contributed to the increase in YIA’s international passenger movements.

YIA has been actively targeting other markets for the expansion of its international routes with the recent addition of IndiGo Airlines, providing daily scheduled flights from Kolkata, India to Yangon, and Kunming Airlines connecting Kunming, China to Yangon.

“The increase in YIA’s international air traffic underscores the efforts of everyone in Myanmar. YACL will continue to improve safety, efficiencies, and customer service at YIA in support of the state policy for Visa-free and Visa on Arrival services promoting Myanmar’s tourism industry. We have also increased marketing efforts to boost tourism growth,” said Mr. Ho Chee Tong, Chief Executive Officer of YACL. 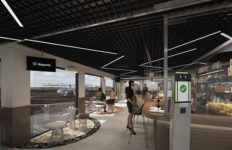 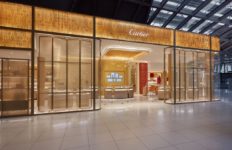