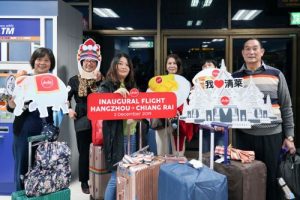 The route has been very well received by travellers, achieving a 94 percent Load Factor average. Chiang Rai is a top destination for Chinese travellers and the new route is expected to foster tourism growth in the city.

Chiang Rai has become an important flight base for AirAsia, being able to attract both domestic and international travellers.