Get your appetite ready as AirAsia Delivery Chiang Mai is bringing some of the airline’s favourite in-flight menu items to your doorstep beginning 8 June onwards.

Just add @airasiachiangmai on LINE to order. Among the items available are the Tapioca Boba Tea, available by the glass or in 1-liter Big Size, Stir-Fried Yentafo, Teriyaki Chicken and Rice, Basil Rice with Fried Egg and Mango with Two-Tone Sticky Rice with a special introductory promotion to celebrate its first branch outside of Bangkok with 20% off every selection.

Director of In-Flight Products and Services for AirAsia Thailand, Ornanong Methapipattanakul said “In early May we opened the first two AirAsia Delivery Branches in Bangkok and it was very well-received by both long time fans of AirAsia and newcomers. There was also strong demand outside of the capital, leading to this decision to introduce AirAsia Delivery in Chiang Mai and subsequently other parts of the country.”

AirAsia Delivery Chiang Mai features the same menu as in Bangkok and is operated full time by AirAsia staff.  The delivery radius for the branch is 10 kilometers from its location at Beer Walk In (Hasadisewi Road across from Wat Santitham).

Orders must be placed at least 1 day in advance before 1630 hrs.  Order via LINE @airasiachiangmai and enjoy a 20% off promotion on all items.  All three delivery branches, at Don Mueang and Ratchathewi in Bangkok and Chiang Mai, also offer AirAsia souvenirs previously only available in flight.  Order them through Shopee for delivery all over Thailand. 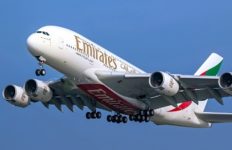 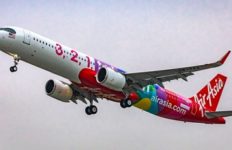 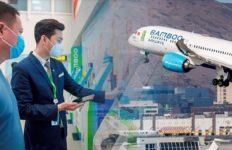