AirAsia has received its first A321neo aircraft during a delivery ceremony in Hamburg, Germany. The aircraft delivered is the first of 353 A321neos ordered by the airline.

The A321neo will enable AirAsia to offer higher capacity in response to ongoing strong demand across its network as well as to open up new routes with the highest levels of efficiency. AirAsia will initially operate the aircraft from its Kuala Lumpur hub to cities across Asia, with the first destinations including Kuching, Kota Kinabalu, Singapore, Bangkok and Shenzhen. 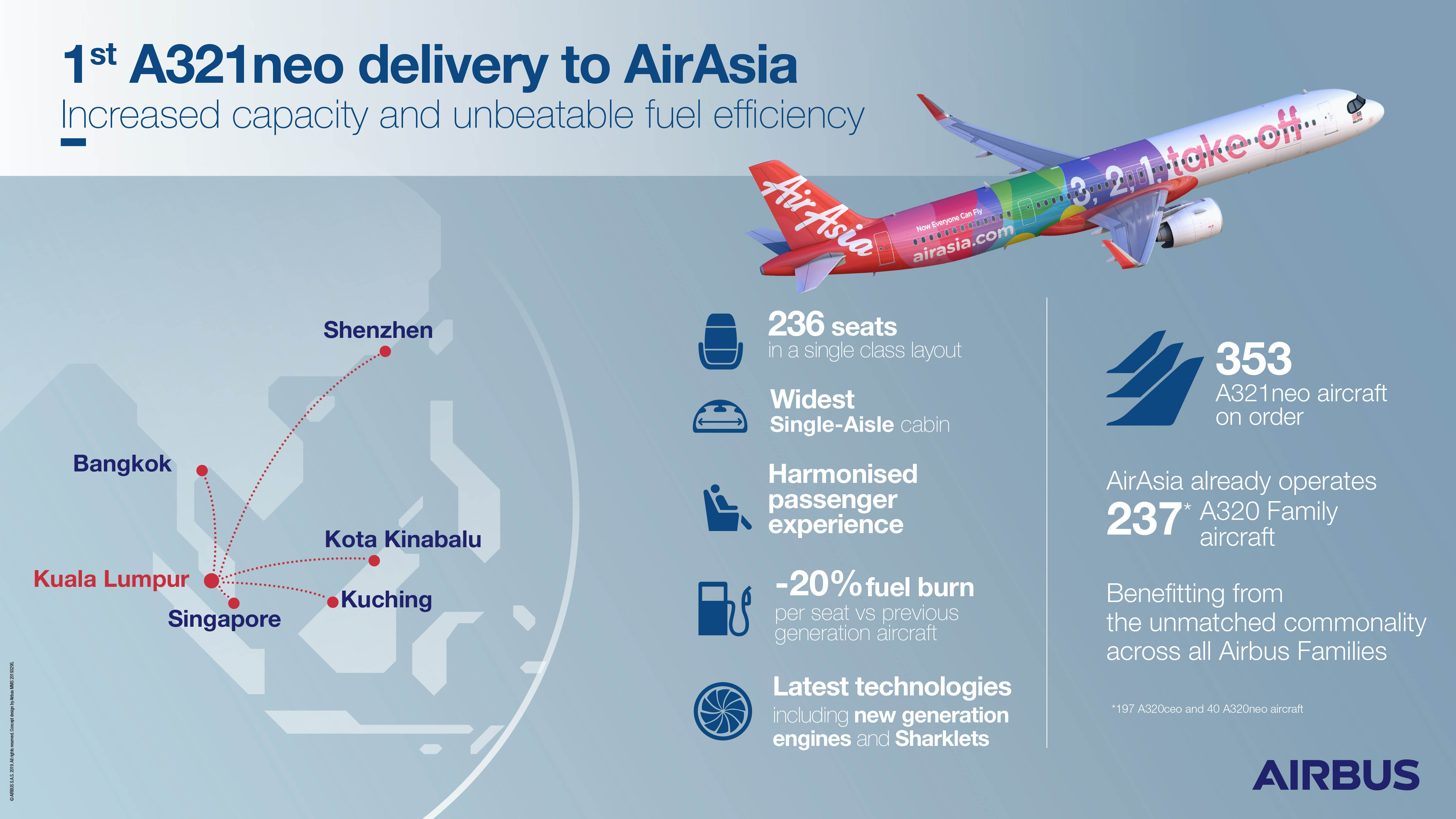 AirAsia’s A321neo features a single class layout with 236 seats in the widest single-aisle cabin in the sky.

The A321neo is a member of the best-selling A320 Family, delivering 20% reduced fuel burn as well as 50% less noise compared to previous generation aircraft. The A320neo Family incorporates the very latest technologies including new generation engines and Sharklets. At the end of October 2019, the A320neo Family had received more than 7,000 firm orders from over 110 customers worldwide.