Airbus will highlight its wide range of defence, space, and helicopter products and services at the Defence & Security Expo (DSE) 2019 exhibition. The biennial show takes place at the Impact Exhibition Centre in Bangkok on 18-21 November 2019.

Visitors to the Airbus exhibition stand (#R11) can get information about the company’s comprehensive range of military helicopters, defence and space solutions. Exhibit highlights include scale models of the high-performance H145M, the multi-mission H175, the combat-proven H225M, the new-generation A400M military airlifter, the highly-versatile C295, as well as the THEOS-2 earth observation satellite. 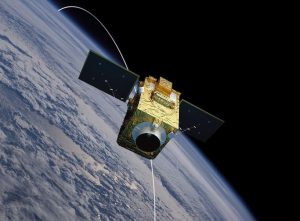 Visitors will also get an immersive experience navigating through a variety of simulated aircraft configurations with Airbus’H145M equipped with HForce – the latest-generation Airbus weapon system – via virtual reality.

The company also developed and built Thailand’s THEOS-1 Earth observation satellite, which was launched in 2008. This satellite, which continues to deliver high quality imagery four years after its expected end of life, is used for missions including agricultural and coastal monitoring, forestry management, and flood risk management. THEOS-2 based on Airbus’ AstroBus-S satellite, and can deliver 0.5m ground resolution imagery, is scheduled to be launched in 2021.

Thailand is also the location of an Airbus Flight Operations Services Centre and a regional Maintenance, Repair and Overhaul (MRO) centre for helicopters, employing a total of over 90 highly qualified technicians and engineers.