Scoot’s first Airbus A320neo, named ‘Chapati Party’, made its debut with its first commercial flight departing Singapore Changi Airport for Bangkok Suvarnabhumi Airport at 4.00pm.Customers onboard flight TR610 were the first to enjoy the brand ‘neo’ aircraft, and the milestone was celebrated with a cake-cutting ceremony at the boarding gate before the aircraft took off.

Compared to the A320ceo, the new A320neo features a Space-Flex configuration that optimises rear cabin space, resulting in six more seats for a total of 186 leather seats in a mono-Economy configuration, and two additional windows. The A320neo also features a lavatory with a folding bench to better accommodate customers with reduced mobility. Scoot has also customized the A320neos’ wingtip sharklets, which help reduce fuel burn, with its distinctive mascot – Super Scootee, visible from inside the aircraft.

‘Chapati Party’ is the first of Scoot’s 39 A320neos on firm order to be delivered by 2025, with 11 additional aircraft on purchase option. The airline now operates a mixed fleet of 44 aircraft aged 4 years and 10 months on average, comprising 18 wide-body Boeing 787 Dreamliners and 26 narrow-body Airbus A320-family aircraft. As at 29 October 2018, Scoot’s wide-body fleet has an average age of 2 years and 5 months, while the narrow-body fleet is aged 6 years and 7 months on average.

Scoot’s first two A320neos will be deployed on regional routes such as Bangkok, Hong Kong, Macau, Taipei and Tiruchirappalli. The second A320neo will be delivered by the end of 2018.

“Our new A320neos will provide our customers a quieter, more comfortable flight experience on the relatively older narrow-body fleet, which our Net Promoter Score survey has indicated as registering lower satisfaction scores compared to our younger wide-body fleet,” said Mr Lee Lik Hsin, Scoot CEO. “Equipped with a longer range and more fuel-efficient engines, the induction of the A320neos will also allow Scoot to realise fuel cost savings, exercise some flexibility in aircraft deployment and potentially open up new medium-haul markets that the A320ceos are unable to reach.”

The Net Promoter Score survey is a post-flight feedback survey launched in July 2018 to help Scoot better identify and remedy areas of improvement across various customer touchpoints. It is one of several initiatives launched by Scoot over the past 15 months to enhance the customer experience and differentiate its low-cost offering.

These include introducing seamless check-ins at Singapore Changi Airport with self-service check-in facilities, stepping up its mobile-first strategy with the launch of Asia’s first transactional chatbot by an airline, providing a more personalized experience and exclusive promotions with member portal Scoot Insider, implementing direct KrisFlyer miles accrual and redemption capabilities, and more. 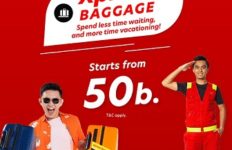 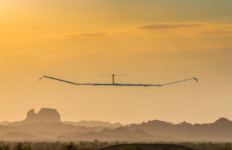 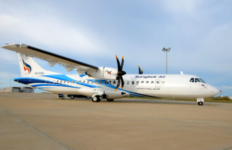 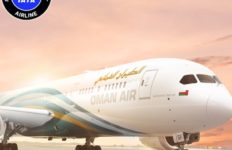