A menu crafted by British Michelin-starred chef John Burton-Race has been introduced on Halong Bay’s largest and most lavish cruising vessel.

Burton-Race, who has starred in a host of popular television shows including French Leave, Return of the Chef, I’m a Celebrity, Get Me Out of Here and the BBC’s Great British Menu and Kitchen Criminals, helped create the a la carte lunch and dinner menu on the new President Cruises.

Renowned for his modern British cuisine, Burton-Race has concocted an array of appetizers, soups, main courses, side dishes and desserts, in addition to a separate set menu. The ‘marinated salmon, salmon jelly with wasabi mayonnaise and caviar’ appetizer, ‘duck wanton broth’ soup, ‘fillet of beef with crispy shallots, sourdough croutons, olive oil butter and beef marrow jus’ and ‘loin of highland pork with pappardelle, peas, capers and rosemary cream’ mains, and ‘chocolate and nut ganache and poached pear with pear sabayon’ dessert are among the menu’s highlights. It’s the first menu at Halong Bay to be crafted by a celebrity, Michelin-starred chef. A selection of world-class wines is on offer to pair with the dishes.

The menu’s launch follows Burton-Race travelling to Vietnam to host a dinner on January 5 as part of a special one-night cruise.

See a video about Burton-Race’s thoughts on deciding to work with President Cruises and creating the menu here.

In 2000, Burton-Race took over the Landmark London hotel. After notching up two Michelin stars at the Landmark, he then opened theNew Angel restaurant and hotel in Devon that was awarded a Michelin star in 2005. 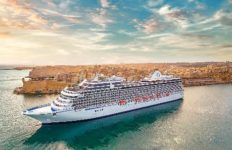 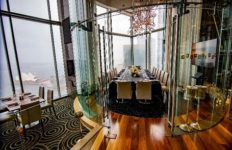 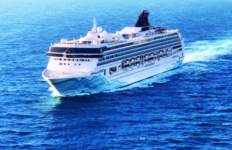 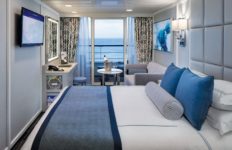