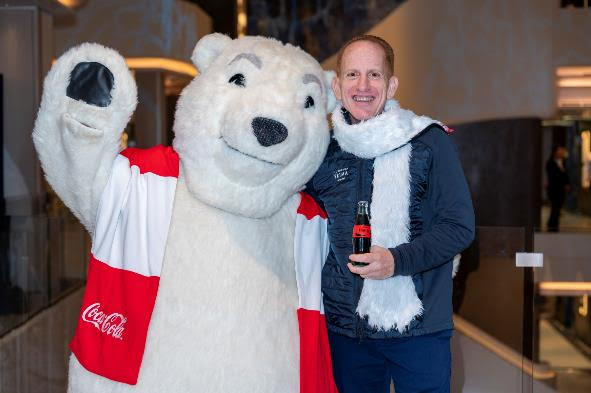 Norwegian Prima will be the first vessel in NCL’s 18-ship fleet to carry Coca-Colaâ as its official soft drink, with the remaining NCL ships to carry Coca-Colaâ by the end of December 2022. In celebration of the new partnership and the christening of Norwegian Prima, the first major cruise ship to be christened in the Icelandic Capital, Harry Sommer, president and chief executive officer of Norwegian Cruise Line and Coca-Cola’s â famous polar bear toasted to the momentous occasion with a refreshing Coca-Cola beverage at the Penrose Atrium.

As the first of six vessels in the new Prima class, the Brand’s first new class of ships in nearly ten years, Norwegian Prima debuted on 27 August from Reykjavik, Iceland, to more than 2,500 guests in a larger-than-life christening celebration with an unforgettable performance by Katy Perry, global superstar and godmother of the ship.