“We are incredibly excited to be celebrating our pearl anniversary, three decades of setting the standard in luxury travel, and I cannot wait to see what the next 30 years will bring,” said Jason Montague, President and Chief Executive Officer, Regent Seven Seas Cruises. “This wouldn’t be possible without the ongoing support from our incredible team both shipboard and shoreside, loyal guests and valued Travel Partners.”

Throughout its history, Regent has continually focused on redefining luxury and its market-leading all-inclusive offering with the introduction of included premium beverages, included specialty dining, included unlimited Wi-Fi and, uniquely for Regent, included unlimited shore excursions. Most recently, the cruise line made valet laundry its latest amenity included for its discerning guests.

In July 2013, Regent Seven Seas Cruises announced it would build the world’s most luxurious ship in the modern era of cruising, Seven Seas Explorer®. Accommodating 732-guests, Seven Seas Explorer marked the luxury line’s third all-suite, all-balcony ship which debuted in July 2016 and was christened by Her Serene Highness Princess Charlene of Monaco. In February 2020, sister ship Seven Seas Splendor®, the ship that perfects luxury, made her debut featuring almost US$5 million curated fine art collection. The brand’s next vessel to welcome past and future guests will be Seven Seas Grandeur™. The ship will exemplify Regent’s heritage of perfection and makes her inaugural sailing in late 2023.

“I’ve been with Regent from the very beginning when we were constructing our first ship in 1992. Since then, many ships have been built, each one setting a new standard for luxury cruising,” said Senior Vice President of Hotel Operations Franco Semeraro. “I couldn’t be prouder to have been part of such an incredibly talented team with so many successes over the past 30 years and I truly look forward to what’s to come as we continue to elevate the luxury experience.”

“I’ve spent over 2,000 nights onboard Regent over the years, and while I love all the restaurants available, I always go back to Compass Rose,” states loyal guest Peggy Nathan who was onboard the first Regent world cruise and has visited over 30 countries onboard Regent. “My favourite dish is the miso sea bass served on Seven Seas Society Night, the night I look forward to every time I cruise.”

In celebration of the pearl anniversary, the 30th Anniversary Voyages ranging from 7 to 21 days on each of the luxury line’s five ships – Seven Seas Explorer, Seven Seas Mariner, Seven Seas Navigator, Seven Seas Splendor and Seven Seas Voyager – will feature commemorative pins and gifts, an anniversary party on each voyage, specialty cocktails and one-of-a-kind dining options, alongside special entertainment and more. Plus, as a thank you to its loyal past guests, Regent Seven Seas Cruises is offering double Seven Seas Society® savings on these voyages. Guests can celebrate with the Exotic & Iconic on a cruise from Dubai to Singapore aboard the resplendent Seven Seas Explorer, while the Glories of Spain may be sampled in jubilation on the magnificent Seven Seas Splendor. Guests can explore the Wines, Dunes & Wildlife of Southern Africa aboard Seven Seas Voyager, and toast to the epic beauty of South America on a Machu Picchu & Chilean Fjords cruise on Seven Seas Mariner. Guests may also enjoy a First Glimmer of Fall on board Seven Seas Navigator as she tours Canada & New England.

“No matter where I decide to cruise – Alaska, South Africa or Asia – the dedicated service is always consistent, and one of the main reasons I’ve been a loyal customer of Regent Seven Seas Cruises for decades,” remarked loyal guest, Malcom Myers. “The longest I have been onboard at a time has been 10-months, and even then, I didn’t want to get off the ship.” 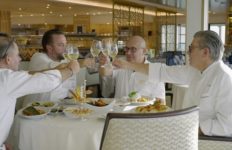 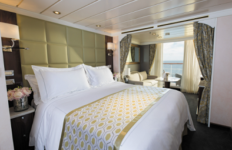 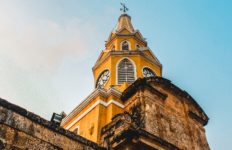