Explore Phuket with 20% off Sunsail and The Moorings Thailand yacht charters. Depart Ao Po Grand Marina at the entrance of Phuket’s Phang Nga Bay. The marina includes a gym, swimming pool and a Thai massage centre.Charter your own private yacht and cruise from Phuket to Krabi, Phi Phi, Koh Lanta and many more see charming villages and some of the best cuisine in Thailand. Visit the notorious James Bond Island from ‘The Man with the Golden Gun’ movie – an extraordinary, sheer, limestone cliff which vertically protrudes from the emerald-green water.

Just south west of the Krabi coastline lies Phi Phi Islands, part of a marine national park. Phi Phi Don, the larger island, offers proximity to coral gardens and deeper reefs or visit the smaller Phi Phi Le; uninhabited and made up of steep limestone cliffs. It also features caves and small rocky coves, with Viking Cave being one of the most notable sites.

Cruise from Phuket to Koh Lanta and see charming villages and sample some of the best cuisine in Thailand. Snorkel and island hop around the striking limestone islands and swim through Emerald Cave in Koh Muk and find a hidden beach surrounded by more limestone cliffs. See geckos, monitor lizards, monkeys and other wildlife in Koh Lanta National Park. Snorkel at Koh Rock and get up close to titan triggerfish, Moorish idols, false clownfish, and parrotfish or scuba dive through a narrow cavern known as The Chimney at Koh Haa where you will see thousands of colourful fish and vivid coral. Thai Cat Pub & Restaurant serves flagrant curry paired with little noodle called “mee kaao” and a “Thai omelette”. If you’re looking for that special meal, the Seven Seas inside Pimalai Resort and Spa, offers great food, attentive service and the largest selection of wines on the island. For more food or the perfect souvenir explore the bustling port city of Ban Saladan’s night markets. See Old Town’s old-time wooden Thai shophouses to feel like you have gone back in time and soak up the sunshine and beach-life of an island paradise in Kantiang Bay.

Architecture shaped by the eclectic mix of nationalities such as Thais, Chinese, Malay, Indians, Nepalese and a young and growing Eurasian community can be found throughout Phuket.

For a nature hit visit the serene Bang Pae Waterfall (pre/post sail activity – 15mins from base in taxi) surrounded by verdant tropical jungle in Khao Phra Thaeo National Park. It is Phuket’s largest waterfall and during the wet season you can take a dip in its rock pools & why visit the Gibbons project while you’re there.  Get up close with majestic elephants at The Phuket Elephant Sanctuary. Float past anemones, parrot fish, various types of coral and the dancing shafts of golden sunlight at some of Phuket’s best snorkelling beaches including Ya Nui and Ao Sane. A part of our suggested itineraries is Nai Harn Beach, one of the island’s more popular destinations. Once known only to in-the-know locals, it has been very firmly “discovered”. However, as the small bay is home to only a few hotels, restaurants and shops, it retains its quiet charm. With The Nai Harn nearby, it is a popular anchorage for boats during the high season or another out-of-the way spot nearby is the tiny beach of Ao Sane.

Sunsail offers 25 sensational sailing destinations around the world from the Caribbean to Southeast Asia and has over 40 years of experience creating holidays. Sail one of Sunsail’s suggested itineraries or strike out on your own in search of adventure on a bareboat charter. Relax and hire a skipper to take the helm, or even book a chef to prepare delicious regional delicacies, the choice is yours.

The Moorings has an award-winning charter fleet which now includes more than 400 yachts in 20+ destinations across the globe and celebrated their 50thanniversary this year. Whether you’re a seasoned sailor or a casual traveller with little to no boating experience, The Moorings has a variety of holiday options to cater to everyone’s needs. These include self-skippered monohulls; sail catamaran with a skipper; a high-performance power catamaran or a crewed yacht with a captain and chef.Sunsail and The Moorings offers – for bookings from 1st – 31st March: 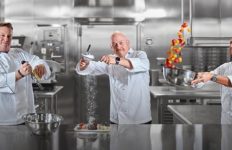 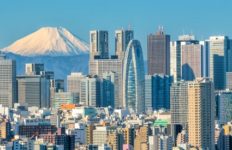 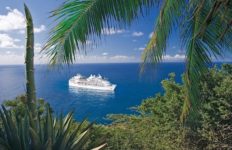 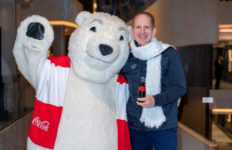